A CONTESTANT on The Great British Bake Off  is worried they are lacking a bizarre, but essential quirk.

The baker, who asked to remain anonymous, said: “None of the viewers know anyone’s name. They just point at the screen and refer to us as ‘fringe girl’, ‘the hipster’ or ‘the mad Halloween one’.

“In the cutthroat world of standing in a pastel-decorated tent while checking your oven timer, you’ve got to have one specific mad thing about you. Otherwise how will publishers know how to theme your inevitable cookbook?

“I look kind of young and funky, but it’s not enough.

“From next week I’m only wearing boots with cleft toes, and decorating everything with vampire penguins.”

Greta Thunberg busted after teacher sees her on TV 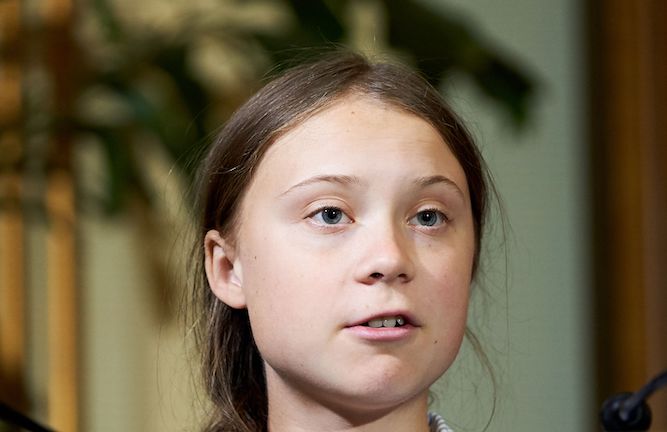 TEENAGE climate activist Greta Thunberg is in deep shit after a teacher spotted her on television when she should have been in third-period maths.

Swedish educator Töm Bööker flipped his lid when he realised the deception.

Thunberg’s mother had phoned the school to say that Greta had a tummy ache and would not be in for up to seven weeks. The call is now suspected to have been made by Thunberg herself, while affecting a grown-up voice.

Bööker said: “Imagine my reaction when I saw her on television giving a speech. She thinks she’s got away with it, but she’s in a world of trouble when she gets back.

“It’s only her own time she’s wasting. Everybody else now knows how to find the missing angle in an isosceles triangle. She’ll have to catch up at the weekend.”

During a phone call, Thunberg’s mother said: “I – I mean Greta – still has a tummy ache and won’t be in for a few more days. She also doesn’t need any extra homework and she also doesn’t have to do PE any more.”