A NEW BBC series about delicious cakes having angry sex with each other has been hailed as the ultimate televised entertainment.

Doctor Baker: Cakes and Shagging is a new cake-based drama about a professional, attractive sponge cake called Judy who is happily married to a freshly-baked apple pie called Gerald that runs its own legal company.

A BBC spokesman said: “Imagine you’re got the seemingly perfect partner, a big house and a fancy sports type car, and you’re a delicious cake.

“Then some other cake comes along, a massive oblong of fake custard who’s way below your cake income bracket, and temptation gives way to angry cakes having a cake shag.

“If you don’t want to watch this you don’t deserve to have eyes.” 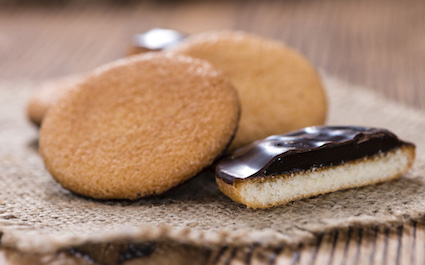 BISCUITS have responded triumphantly to the news that packets of the hated Jaffa Cakes will now be smaller.

Proper, no-nonsense biscuits, who have long resented sharing shelf space with the orange-sponge-chocolate creations, are looking forward to a well-deserved public backlash and possibly even a ban.

Tom Booker, a plain chocolate Hobnob, said: “They aren’t biscuits. They don’t crunch like biscuits, they don’t behave like biscuits, and they went running to the courts to prove it.

“But still they hang around here, acting like they’ve every right to be treated as an elevenses favourite like the rest of us. Do you even dunk, bro?

“Now there’s only ten of them they’re asking to be considered alongside the prestige biscuits, like the thick, crumbly chocolate chip cookies, and boy do they not measure up.

“These VAT-dodging twats are headed for the dustbin of history, and the kitchen. And by the way, they’ve never been anywhere near an actual orange.”

A Jaffa Cake said: “Hey. It’s not the size of the packet. It’s what’s inside that counts.

“And Hobnobs are like chewing on a chunk of old MDF.”