THE Conservatives have perfected a new, vote-winning policy that everyone must have porridge for breakfast.

The policy, which will be unveiled at the Conservative party conference next week, will mandate a breakfast of porridge for any British citizen between the ages of nine months and 90 and include tax breaks.

Health secretary Jeremy Hunt said: “Whenever people in poverty aren’t managing their money correctly, our answer is always that they should have a big pot of porridge.

“Likewise, whenever millennials complain about unpaid internships and unaffordable housing, it’s clear that they’ve been spending too much on avocados and fancy coffee and not enough on good, simple porridge.

“From November, every Briton will begin the day with a big steaming bowl of porridge by penalty of law, then they’ll be fortified for whatever life has in store be it Brexit, redundancy, homelessness or the workhouse.

“We won’t need an NHS once everyone’s on the oats, we’re securing stockpiles of it for when alternative food is more or less unavailable, and it will help us win the war.”

Hunt added: “Finally everyone knows what the Tories stand for. This is a triumph.” 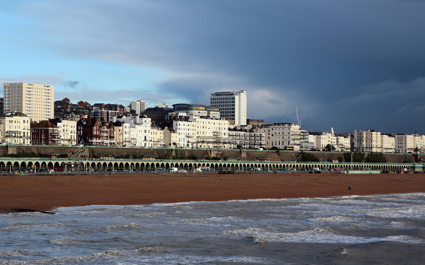 BRIGHTON residents are horrified at the extreme right-wing views of Jeremy Corbyn’s Labour party, it has emerged.

Locals have taken to the streets in mass protest at a party so terrifyingly fascist that it is led by a straight white man with facial hair, just like the Nazis were.

Vegan cafe proprietor Eleanor Shaw said: “They’re holding a rally here where they are debating the idea of giving people a fixed basic income. As if it were possible there were two sides in that debate.

“They’re hideously white, they still believe in the genocidal colonialist idea of nation-states, and they’re thoroughly capitalist. One of them tried to buy a coffee with money. It triggered one of Geoff’s episodes.

“I thought we’d beaten these monsters back in Castlemorton in 1992, but it seems they’ve lit their torches again and the far-right is on the march. Well not here.