THE BBC has embraced its role as the UK’s leading ‘moronifier’ with another documentary about drunk teenagers shagging.

The corporation had endured fractious relationships with a succession of governments because of dabbling with journalism and programmes not involving syringes full of lager.

However the broadcaster claims the return of BBC3’s popular Sunburned Dry-humping Teens and Their Weeping Parents heralds a new era of understanding between itself and ministers.

A BBC spokesman said: “We thought the government money came with some sort of obligation to stimulate the UK’s collective brain. In fact the reverse is true.

“We had a re-read of our charter and the top thing is actually ‘lead the way in moronification, primarily through images of teen bikini girls vomiting at Greek nightclub foam parties’.

“Sorry for that slight misunderstanding. We promise there won’t be any more of that nonsense about rainforests or people digging up viking helmets.”

Office worker Julian Cook said: “Should the BBC be an outlet for tits and tearful confrontation, like all the commercial channels?

“Yes, it should. Those are my favourite things.

“I want at least one pair of bangers for ever £1 of my License Fee.”

Britain urged to freak out 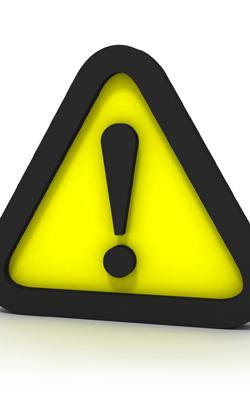 WEATHER forecasters have issued an exclamation mark in a triangle, urging Britons to freak out.

The alarmist punctuation mark, which is the graphical representation of unbridled panic, probably refers to the cold weather.

Meteorologist Tom Logan said: “At this point all we can say for certain is ‘massive exclamation mark in a triangle’.

“That’s right. It is time to abandon sanity.”

Father-of-two Stephen Malley said: “Maybe this symbol means ‘drive carefully’ but it could just as easily refer to the feeling I have every morning when I wake up in a cold sweat at 2am.”

Teacher Emma Bradford said: “I’m going to assume the exclamation mark means ‘get in a cupboard until further notice, and remain there even if dead relatives’ faces emerge from the darkness’.”

Professor Henry Brubaker of the Institute for Studies said: “It means whatever you think it means, but worse.”