THE BBC is to ensure the nation’s homeschooled children are disciplined with the launch of free multi-platform punishment content in the afternoons.

Complementing the BBC Bitesize educational programming in the mornings, BBC Detention is an afternoon of relentlessly dull content to penalise children who have behaved badly.

A CBBC spokesman said: “It’s all age-appropriate, from the series Toys You’re Definitely Not Getting After What You Did for primary pupils to Depeche Mode With Dad!, an embarrassing dance workout to torment rebellious teens.

“There’s Classic Detention, an hour of sitting in a desk with the sound of an interesting fight outside you’re not allowed to watch, or Long Silent Car Journeys, filmed from the back seat while driving from Portsmouth to Inverness.

“You’ll Never Have Mates explains why you’re unpopular with everyone, and bedtime stories come from James Corden, Michael Owen and Priti Patel, each reading from a Haynes car repair manual.

“You can trust the BBC not only to educate your kids, but to stamp down on naughty behaviour bloody hard. That’s why you pay your licence fee.”

Mother-of-two Francesca Johnson said: “That’s all very well, but I still regret not just stopping after we’d got a cat.”

Why fresh food is bad for you: a Brexiter explains 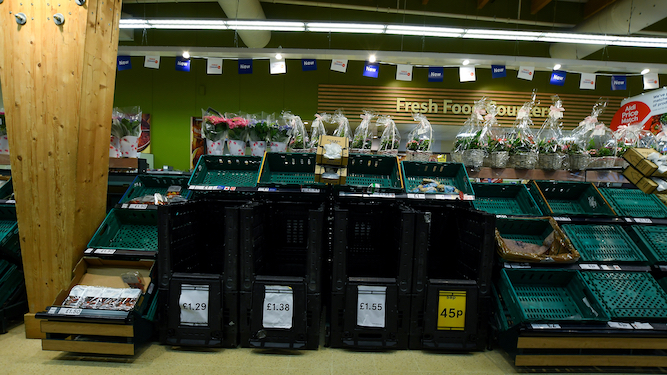 You could stab yourself

Opening a tin? Safe. But unlike baked beans or Big Soup, fresh vegetables frequently need to be cut up. One slip slicing a carrot and you’ve put a knife through a major artery. In your panic you might then trip and stab yourself in the brain. Is it worth it just to eat a la-di-da courgette?

You’re exposing yourself to deadly acid

Fruit is rammed with dangerous citric acid. That can’t be safe. Remainers might complain about not being able to get fresh grapefruit, but should you listen to these idiots when they’re pretty much taking a swig from a car battery?

We didn’t evolve to eat salad

Humans only evolved hands to carry spears. That’s science. If we’d been intended to eat plants and grass we’d have hooves and be covered in wool like sheep. That’s not just my opinion, it’s the view of a great British hero you might have heard of – Charles Darwin.

Fruit and vegetables contain almost no nutrients compared to superfoods like sausages. If there’s more than a couple a week in your diet, you’ll gradually grow weaker and your teeth will fall out before you faint and slip into a coma. That’s your choice, but I have to be more responsible because I’m an HGV driver.

There’s no danger of choking on traditional British foods like beef broth and Angel Delight. By contrast, look at the tough, leathery skin of a pear or grape. You may as well be eating a bag of washers.

You don’t get more hygienic than fresh out of the tin. However fresh fruit and veg is grown in fields where mice and birds can shit on them. You wouldn’t get a seagull to crap on your bacon sandwich, so why take the risk with fruit and veg? We’re better off without.