BNP activist Richard Barnbrook is to marry beautiful English dancer Simone Clarke  after rescuing her from the clutches of a slanty-eyed Latino half-breed devil, he said last night.

Mr Barnbrook said he had fallen for Clarke after meeting her at a BNP curry and lager night at his local Indian, before wooing her using the traditional lovemaking ways of the indigenous Anglo Saxon peoples of the British Isles.

And he insisted she had only betrayed her race with Yat-Sen Chang, her Chinese-Cuban paramour, after being kidnapped, plied with opium and driven to a frenzy by prolonged exposure to his ‘jungle music’.

He said: “Simone is very much the victim here as she is of the weaker sex.

“Understandably her mind was disturbed by the animalistic hip thrusting of that degenerate savage. I just thank God and St George I was able to bring her back.”

The BNP councillor said he planned to raise the unfortunate mongrel offspring of the dancer’s white slavery as his own, until the child was old enough to earn its living in some filthy backstreet brothel.

“I have nothing against the children of mixed-raced couples, as long as they do not attempt to dilute the blood line of my own pure race with their debased fluids,” he said.

Mr Barnbrook has also drawn up a list of ballets that his fiancée will not be allowed to perform on racial grounds after they are married.

He said: “Anything by Tchaikovsky really. No wife of mine will dance to the music of a Bolshevik Jew Slav. They’re worse than the darkies, who can at least drive a bus.”

People over 30 are grown-ups, say experts 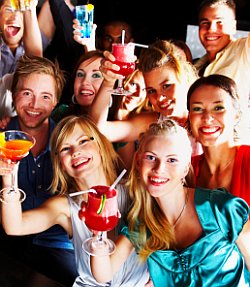 PEOPLE in their 30s and 40s are adults who are able to decide things for themselves, according to a new academic report.

The wide-ranging study of more than 2000 British people over the age of 30 found that:

Research director Dr Tom Logan said: “When it came to tobacco and alcohol we made the startling discovery that people over 30 were no longer little children who still pissed the bed.

“In fact, not only were they able to read the gigantic warnings on cigarette packets, they were also fully aware that drinking two bottles of Muscadet on an empty stomach could lead to hangovers, half-remembered unpleasantness and chronic liver disease – but they were going to do it anyway because they were adults and it was no-one else’s fucking business.

“When we asked them how they knew these things, they stressed that was also none of our fucking business and that politicians should stop trying to make everyone the same.”

Dr Logan added: “That said, quite a few of them did have a raging drink problem which caused them to piss the bed.”

The report made a series of key recommendations for public policy makers including putting warnings on stuff and then shutting the fuck up.