CARELESS drivers who take potshots at fellow motorists while trying to change gear could face up to three months in prison.

The government is to review current penalties for a range of driving offences including high-speed gun play and reading a book while approaching a roundabout.

At the moment both carry three penalty points and a £60 fine, but police are calling for stronger deterrents to prevent drivers from shooting-up their local dual carriageway.

Superintendent Bill McKay said: "You cannot possibly change gear or use your indicators and lean out of the window in an attempt to shoot out the tyres of the car in front of you.

"And driving an automatic is no excuse. You may not have to change gear but that doesn't mean you can settle back with a copy of Captain Corelli's Mandolin and a packet of Revels."

Supt McKay added: "If you do want to read or shoot at people, either pull over in a safe place or wait until you get to your destination.

"Or you could invest in a few talking books. My wife and I are currently enjoying The Holy Blood and the Holy Grail read by David Jason.

"As a matter of fact, we're planning a trip to Renne Le Chateau next year, where I intend to shoot at French people from the safety of a lay-by."

Lib Dems Are The Party Of God-Hating Perverts, Declares Clegg 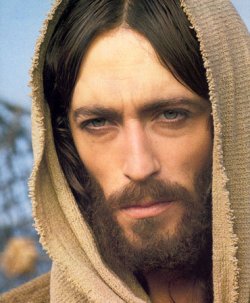 THE Liberal Democrats are the party of God-hating sexual deviants or they are nothing, new leader Nick Clegg declared last night.

Mr Huhne told Five Live presenter Simon Mayo that even if God existed he would be a ponce, and that all Christians were gay for Jesus.

He also revealed he had appointed Brian Eno, the cross-dressing pervert musician, as his catamite, and said he loved to tie one end of a cat to a post and the other to his car before driving off.

Mr Clegg added: "I will respond to what Britain wants, particularly if they're looking for a mix of depraved sex acts and bible burning."

Openly Christian Daily Mail columnist Peter Hitchens said: "The Lib Dems may feel comfortable having an atheist bisexual as their leader, but if I ever had to shake his hands I would wear gloves because of the AIDS.

"How can someone who cavorts naked in his office with a man who used to dress as a woman and play in a band called Sexy Music be trusted with our children's future?"

He added: "Millions of perfectly normal people spit on the Ten Commandments and adore bum. As a matter of fact, I'm coveting my neighbour's ass right now."