DAVID Bowie fans are readying themselves to pretend his new album is as good as when he was good.

With reviewers giving the album four stars before they actually listened to it, fans are writing pre-prepared phrases to explain why they cannot hum any of the songs.

Bowist Roy Hobbs said: While its unlikely to be as groundbreaking as Low or Heroes and it wont be as catchy as Ziggy Stardust, Im sure the engineering on it will be absolutely exemplary and everybodys names will be spelled correctly.

Ive been tossing around a few phrases and it looks like a toss-up between its not an easy listen but its worth putting in the effort or the more straightforward intriguing.

Its my biggest challenge since I tried to find  the artistic merit in him singing to a muppet about wanting to hump a 16-year-old Jennifer Connolly while wearing a codpiece and Tina Turners hair.

The unexpected release of Where Are We Now has left fans with very little time to practice their opinions, noises and facial movements.

However, with many approaching middle age, they have a stockpile of noncommittal nods and smiles used for listening to their kids play the recorder, or their spouse tell the same story for the 800th time.

Hobbs said: I look forward to listening to it three or four times before popping it on the shelf next to that new album My Bloody Valentine seem to have released for a bet. 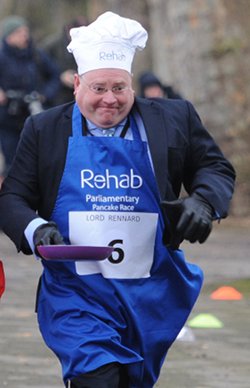 SENIOR Liberal Democrat men are to change the way they dress and act because they have become too sexy.

The party admitted most of its senior male figures were gorgeous and that women found them irresistible.

A spokesman said: “Unfortunately, from time to time, one of them gives into temptation. It’s not Chris Rennard’s fault, it’s his come-hither stomach and his massive, bespectacled face.

“When Nick Clegg was told about it, he just assumed Chris had been propositioned aggressively, as they all are, dozens of times every day.

“Plus, power is an aphrodisiac and Chris Rennard was chief executive of the Liberal Democrats.”

Clegg has now vowed to investigate claims that Rennard may have touched a woman while attempting to stop her from his opening his trousers.

He said: “I did not know about a specific lunge at a specific area of Chris’s groin. If only someone had said something specific to me.”

The party has now imposed new rules on its sexually devastating leadership, including much bigger wedding rings and a special spray they can direct into the face of a lusty marauder.

Meanwhile, Danny Alexander, chief secretary to the Treasury, will no longer make public appearances in case a naked woman wrestles him to the ground and attempts to straddle him.

The spokesman added: “Vince Cable gets sent more than 50 pairs of pants a week.”