THE original Norse legend upon which the Candy Crush Saga is based has been unearthed by archaeologists.

A timeless tale of heroism

Manuscripts found in a Viking burial site in Norway detail the epic adventures of King Ragnar the Rotten-Toothed, who sailed to a land covered in boiled sweets.

Historian Denys Finch Hatton said: This changes everything we thought we knew about the Vikings, who it turns out were not preoccupied by conquest, rape and pillage but by confectionary-based puzzles.

The scrolls tell that Ragnar and his warriors journeyed through a land in which travel was only allowed after correctly aligning brightly coloured sweets, which for some reason would then explode.

Why any society would have such rules in place is unclear, but Ragnar reports that the whole experience is incredibly addictive to the extent that he repeatedly hands over gold coins to continue his quest.

Like other Norse legends it includes clearly mythological elements, in this case a dragon who is sad because he has run out of lemonade. This is fascinating because we had not previously realised the Vikings were into nauseating tweeness.

“Elements of the story remain a mystery, such as the role of a small girl who acts a guide and appears to suffer from several physical deformities.

I believe that Ragnars unending battle against sweets is in fact a powerful allegory for mans constant struggle to survive in a harsh and dangerous world.

Ebola to be contained within Apprentice house 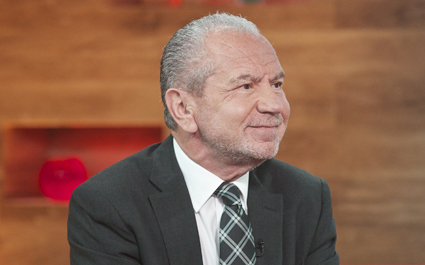 IF anyone in the UK is going to get Ebola it should be the contestants on BBC1’s The Apprentice, according to COBRA.

The emergency committee has decided that if an outbreak in Britain is a statistical probability then the most irritating people should be at its forefront.

A COBRA source said: “If we cannot stop Ebola we can at least put jumped-up wide boys and two-faced megabitches between it and fully functioning humans.

“Visitors to the UK exhibiting signs of the disease will be quarantined in The Apprentice house alongside the contestants, who will all think they can beat it anyway because they’re so full of themselves.

“Of course anyone who attempts to leave will be shot. Maybe even some people not attempting to leave.”

The Apprentice contestant and cocky little spiv Tom Booker said: “I’ve got 14 years of management experience and have led teams of 110 people, which makes me superbly equipped to fend off a severe viral infection.

“I’m a high calibre individual and I’m not going to miss a sales target just because of a little hemorrhagic fever.”