THE nation’s fathers have forbidden anyone else to touch or even look at the central heating thermostat.

Anyone passing through the hall is questioned closely about their intentions toward the heating beforehand and ordered to avert their gaze while in the thermostat’s presence.

Father of four Wayne Hayes said: “Don’t even think it.

“That thermostat deserves finesse, sensitivity and commitment, not some yahoo roughly flicking it up to 30 with a domineering sneer.

“I’m the only one who knows how to make it click. The rest of you can keep your grubby hands to yourselves.”

Hayes is considered a tragic figure by family members and remains oblivious to the fan heater his daughter smuggles into her room every night.

Wife Karen said: “I’m cranking that sucker all the way to boiling point the moment his back’s turned.”

Jesus had a Hitler moustache 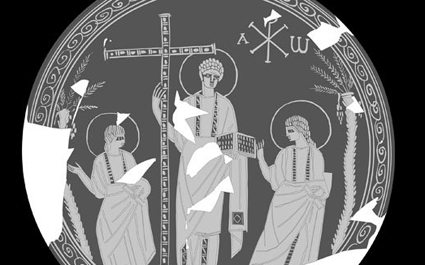 CHRIST had a small toothbrush moustache rather than a beard, it has emerged.

Researchers in Spain discovered engravings showing Jesus with the type of facial hair commonly associated with a problematic German leader.

“If you actually read the bible there are numerous references to Christ ditching the beard and cultivating a neat little moustache.

“Shortly after the water-into-wine thing a still-bearded Jesus tells Peter, ‘Everyone at that wedding had a beard. I fear the look has become played out and lost its vibe’.

“Later Jesus consistently badgers Judas about whether his new moustache is symmetrical, which is the main reason he betrayed him.

“To our modern sensibilities it is a controversial look but Jesus just thought it looked cool. Hitler copied him.

“It’s not Jesus’s fault, that would be like blaming Public Enemy for Vanilla Ice.”