A TV crime drama that started off promisingly is now just f**king with viewers for kicks, it has emerged.

Eight-part thriller Deadhaven is increasingly annoying viewers by throwing in dozens of red herrings and implying every character could possibly be a knife-wielding maniac.

Tom Logan of Maidenhead said: “Oh for God’s sake. The vicar is not the killer. Stop trying to make me think he is.

“There are a good six possible, and plausible, possibilities. There don’t need to be ten, or 14, or 50.

“I’m getting sick of thinking people are cold-blooded murderers when they’re innocent. It’s like discovering Hannibal Lecter’s actually banged up for dole fraud.”

Teacher Emma Bradford said: “Anyone could be the killer. I even suspect the voiceover guy for Oak Furniture Land in the ad break.

“It’s definitely got me emotionally involved because if there’s a really shit twist at the end I’m going to smash the telly.” 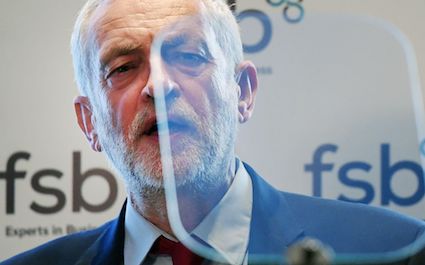 LABOUR leader Jeremy Corbyn has told Theresa May that if she strikes him down, then it is she who will truly have lost.

The wise elder, who spent decades in the wilderness, told the prime minister that he may seem old and his powers weak, but that she cannot win this battle.

He continued: “My body may fall, but my beliefs will become stronger than ever. A new flame of socialism will be kindled throughout the galaxy.

But justice secretary Liz Truss said: “No, I’ve seen this one. Do it.