Cumberbatch to marry someone he’s met

FANS of Benedict Cumberbatch are outraged at the actor’s decision to marry a woman he has actually met face to face.

The star has snubbed the thousands of admirers who send him collaged pictures of him and them together to propose to Sophie Hunter, who many feel has abused her unfair advantage of being in a relationship with Cumberbatch.

Self-styled Cumberbitch Emma Bradford said: “Benedict, you have let us all down.

“Has Sophie Hunter got your face tattooed across her back? Has she written a fan fiction series where you run away together and open a zoo in Tasmania?

“No. Instead she’s snared you with conversation, a genuine emotional connection and I don’t doubt sex.

“I never thought you were that shallow.”

Bradford is switching her adoration to Homeland star Damien Lewis, who eschews real-world relationships in favour of women completely besotted with a fabricated idea of him based on his performance as somebody else. 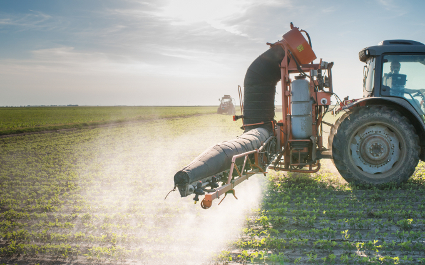 ENVIRONMENTAL campaigners are claiming to get a massive buzz off harmful pesticides in order to get them banned.

More than 40 pesticides have been labelled as plant food, given suggestive new names like Gaboon Viper, Wow-Wow Party and Sherbet Revolver, and immediately reclassified as controlled substances.

Green activist Susan Traherne said: “Lidilcarb is one of the most dangerous pesticides around, killing swathes of woodland animals and causing calves to be born with five legs, and nobody gives a shit.

“But when I claimed me and my mate Skins had done two lines of it on Saturday night and were so spannered we buried ourselves up to the knees, it was illegal before I’d finished talking.”

Police are already planning raids on large farming cartels around the country, causing the farmers to flush their stashes and kill every living thing downstream for 100 miles.