Daft Punk revealed to be Elvis and Buddy Holly

DANCE act Daft Punk have removed their robot helmets at a DJ gig to reveal they are Elvis and Buddy Holly.

He then spent more than 30 years working as a sous chef in Minnesota before travelling to Paris and getting into taking Es.

Elvis, who faked his own death in 1977 by slipping around the U-bend and escaping via the sewers, was already in Paris running a tabac with flatmate Jim Morrison when he bumped into Holly in a pissoir.

The duo created robot alter egos so that young fans would not discover they are almost as old as Pete Tong.

Fan Tom Booker said: I wondered why I was treating a new Daft Punk single that sounds like a moderately catchy disco B-side from 1981 like it was the biggest thing to happen in music this century.

“Subconsciously I must have known.

London does my head in, says reanimated Dr Johnson 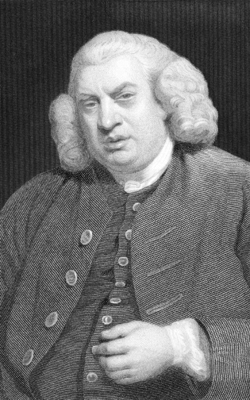 Johnson, who famously wrote “when a man is tired of London, he is tired of life” had been put in a crude sort of suspended animation in a barrel of special port, until science could cure his gout.

Reanimated Johnson has complained about the toxic dust on the tube and all the other shit 21st century Londoners have to deal with.

He said: “London was so much better back in the day, by which I mean the 18th century.

“Sure there was the odd decomposing corpse littering the street but there was much less pushing and shoving.

“Also in our coffee houses there was only one sort of coffee, none of that complicated mocha-choca-chino horseshit.

“Everyone was having really interesting debates about the Enlightenment instead of going on about diets and their careers.

“And all the carriages weren’t plastered with adverts for baldness clinics and poor quality university courses.

“The last straw came when I ventured into this huge cobbler’s shop called something like ‘Nike & Sons’. It was a gaudy vision of Hell, decorated with images of people fleeing from their own insanity.