THE BBC kept £100,000 it had raised for deprived children after discovering none of them had paid their licence fee, the Corporation said last night.

BBC bosses are demanding an on-screen apology from the children, and warning that if they do not buy a licence immediately they will pass their details to the police.

Mark Thompson, BBC director general, said: "Over the years we’ve raised millions for these kids, minus the usual handling fees, bank charges, agent’s commission, and VAT – and this is how they repay us.

"Do they ever write and say thank-you? Yes, actually a lot of them do, and it’s very useful as we can check all the addresses against our records.

"We knock on the door, the parents deny having a telly, and then we show them little Johnny’s letter about how much he loves watching Shenzo Super Bang-Bang Squad on Cbeebies. It's cuffs on and down the nick."

Gemma Harding, a poor child with leukaemia, said: "I don’t blame the BBC for going after these children. The new series of Strictly Come Dancing on Ice must take priority."

A BBC spokesman said the money would now be used to buy Jonathan Ross a new leopard.

Labour To Focus On Selling Books 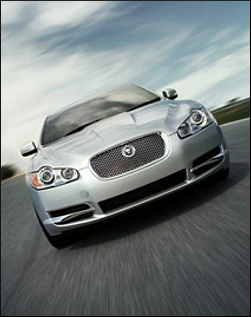 LABOUR is to shift its focus from governing the country to selling books, the prime minister will announce today.

Jim Callaghan now believes the party can best serve the country by writing and promoting tell-all memoirs from Labour's decade in power.

A Downing Street source said a series of Labour autobiographies could even boost the economy adding: "John Prescott got a massive advance for his book. He's bound to spend some of that money in the shops."

The source said: "We started planning this policy shift last year after Alistair Campbell got six figures for what turned out to be a pile of unremittingly dreary shit.

"This year's crop is a bit better. At least Lord Levy knows Alvin Stardust, while John Prescott was having it off with his secretary and shoving trifle down his trousers."

Chancellor Alistair Darling is already close to completing his autobiography entitled, It Was Like This When I Got Here, while justice secretary Jack Straw is working on The Hippy's Guide to Becoming a Warmongering Fascist.

Former deputy leader John Prescott is looking forward to a bonus cheque from the Sunday Times after he accused the prime minister of being a 'sulky, annoying prick'.

In her memoirs Cherie Blair accused Mr Callaghan of digging a secret tunnel into her husband's office so he could sneak in and pretend to be prime minister when everyone else was in bed.

Meanwhile Lord Levy promoted his book by hinting that Mr Callaghan may have known about the party's controversial loans. "The prime minister is a lying sack of shit," he told the BBC.