A NEW album by Queen Rania of Jordan, Syrian first lady Asma al-Assad, and the four wives of Bahrain’s Hamad bin Isa Al Khalifa has hit number one across the Middle East.

Dictators’ Wives, an album of cover versions by the region’s most bloodstained socialites, celebrates the everyday heroism of buying luxury goods and torturing regime haters.

Tracks include Single Ladies (Stay Indoors Unless Accompanied By A Male Family Member), Queen’s Don’t Stop Me Now and the Metallica classic Kill ‘Em All.

Queen Rania said: “My good friend Bono, who helps me secure world peace, says there’s no better way to feel better about yourself than releasing an album.”

Asma al-Assad added: “We roped a few of the girls into taking part and it’s been great fun. Though Cherie Blair said ‘no’ for some reason. I think she might be a bit racist.

“We were going to give the proceeds to Samira Hussein and Suzanne Mubarak but then we saw the dinky new Range Rover so we bought 14 each.”

The album was a bestseller from the day of release, with thousands of pre-orders made via Amazon accounts in Belgravia and Surrey.

A sold-out concert is to follow next Saturday’s public executions. 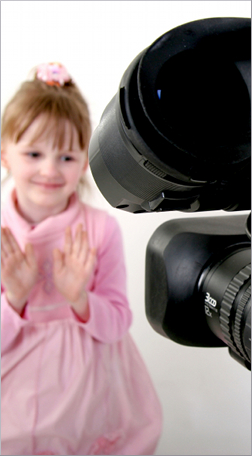 TELEVISED entertainment is mostly for clever people and snobs, it has been claimed.

Professor Henry Brubaker, of the Institute for Studies, said: “Television programmes are hampered by their need for some sort of vague context, even if it’s just ‘these people all live in Essex’.

“The languid pacing and narrative complexity of, for example, Embarrassing Bodies and Don’t Tell The Bride are far too intellectually demanding for a generation raised on the mental oblivion of 20 second bursts of non-related colourful moving objects that are deemed either ‘funny’ or ‘sexy’.

“Telly is now like books. It is  something only Stephen Fry likes and other people who want to be Stephen Fry pretend to like.”

Parent Martin Bishop, from Stevenage, said: “I’m always trying to drag my children away from the internet, tempting them over to the television with some crisps.

“But sadly they find it all too slow and complicated, and they hate that the dead bodies aren’t actually real. But that’s progress, I suppose.”

He added: “What with all the video libraries closing, soon kids will be entirely cut off from the joy of old-fashioned communal screen-based entertainment. Much as George Orwell has been forgotten, so will Keith Lemon.”

Internet video fan Emma Bradford said: “Telly is good for those times when you want to learn something.

“Sometimes I pretend to have watched Top Gear so that people think I’m deep.”