Tax statements to be tailored to your idiotic, tribal prejudice

TAXPAYERS are to receive a detailed breakdown of how their money was spent that is indvidually tailored to their cretinous world view.

Chancellor George Osborne said he wants the public to know more about government spending and for them to use that information to become even more entrenched in their deliberate stupidity.

Tax offices across the UK will issue bespoke statements that will fill individuals with both righteous anger and the realisation that they are the cleverest person in the world.

A Treasury spokesman said: “Right wing people will see exactly how much of their money is being spent on ‘wacky-baccy-bongs, general poovery and that lazy Bulgarian scrounger who’s trying to fuck your wife’.

“Left wingers will see how much of their tax is going on ‘fat cat weapons of mass destruction and faith-based child molestation’.

“And spineless intellectual types can complain about how information is dangerous in the hands of people who aren’t them.”

Meanwhile, experts have suggested the detailed breakdown of welfare spending must also include the phrase ‘You, you fucking idiot’. 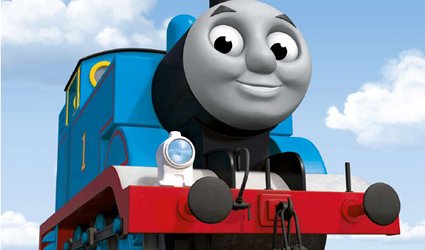 Thefts include Thomas the Tank Engine’s face, two pistons from Gordon and a footplate from the red one that looks like Larry Grayson.