Difference between old and new Xbox not obvious to women

WOMEN last night admitted they had failed to spot the massive leap forward in gaming between the Xbox 360 and the Xbox One.

Experts said the £430 device is a game-changing console that more than justifies an absolutely tremendous amount of fuss.

But Joanna Kramer, from Exeter, said: “Haven’t you already got this game? With the cars racing around? Haven’t you had it for ages?

“Oh I see, that was Forza 4 and this one’s Forza 5. But is it still just driving cars around, or can you do different stuff now?”

Kramer’s boyfriend Tom Logan, said: “Can’t you see the light bloom, the added draw distance, the anti-aliasing? And what a frame rate.

“God, just look at the detail in those textures.”

The Mash guide to Romania and Bulgaria 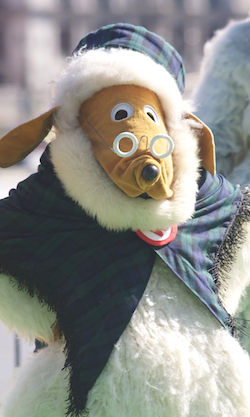 THEY will soon be flooding over here for botched operations, meagre benefits and racist taunting.

But how much do we really know about the Romanians and the Bulgish?

Romanian immigrant Dracula, who sneaked into the country via lax border controls on Whitby shipwrecks, came to violate our women and undercut hard-working local plumbers.

Great Uncle Bulgaria, ambassador to Britain since the late 1970s, ran a gang of scavenging lowlives illegally occupying public land. He was arrested by Operation Yew Tree earlier this year.

Britain fought for years to release both countries from the iron grip of Communism. But experts stress that being freed from Communism does not mean freedom of movement and access to free markets.

Like all Europeans, Eastern Europeans have a history of anti-Semitism. This means it is perfectly okay to spread lies about them.

Thousands of British people have bought cheap holiday apartments in Bulgarian ski resorts. Studies have shown that cleaning these apartments should provide enough employment for everyone in Bulgaria.

Romanians are rumoured to drink heavily, treat women like chattel and engage in bare-knuckle brawls. Experts say that to the average Romanian, most British towns will seem like a fancy tea party.