DISNEY’S Frozen 2 will feature a character who is not constantly making snappy wise cracks, it has emerged.

In a radical shift away from animated film tradition, the film includes a character called Susan who talks normally instead of having a punchy, witty response to every situation.

A Disney spokesperson said: “We’re keen to move away from the animation stereotype of irritatingly over-confident chipper characters who talk in a perky, rhythmical manner that makes you want to kick them off a cliff.

“Susan is a girl who works in a shop and speaks normally instead of in a sequence of forced, funny retorts.

“For example, in a scene where she falls down a tunnel Susan doesn’t say ‘We’re in a hole lot of trouble’, the more obvious ‘Hold onto your hats, compadres’ or start singing a song about growing as a person.

“She just falls down the hole, looking really scared and squealing a bit, then lands in a heap at the bottom, groaning in pain.

“At the point you might expect a one-line zinger about her ‘butt’ but instead she just says ‘Jesus Christ my leg really hurts’ then hobbles off.”

Nation ready to do whatever beer mat says 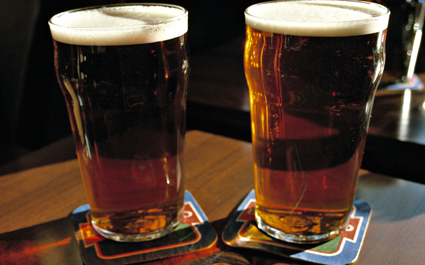 BRITONS will do whatever a Wetherspoon beer mat tells them to do, it has emerged.

Wetherspoon regular Wayne Hayes said: “If a beer mat says to leave the EU then that must be the right thing to do.

“Usually beer mats just tell me what time sporting events are on, or suggest I should be drinking more Guinness, but if a beer mat told me to jump off a bridge I’d do it without hesitation.

“It’s a good job there isn’t a beer mat that says ‘burn down a nearby post office’ otherwise I’d be in prison right now.

“The beer mat is such a powerful medium because the three-second periods where my pint is in the air and the mat visible are exactly as long as my attention span.”

Meanwhile the pro-Europe campaign has spray-painted ‘Britain Stronger In Europe’ on the side of a cow that lives beside the M4.