48-YEAR-OLD Wayne Hayes has written over 100 pages of notes on the new Top Gear, it has emerged.

Father-of-two Hayes has mixed thoughts on the latest version of the show, seeing potential for rich character interplay between Chris Evans and Matt LeBlanc but criticising its lack of homoerotic subtext.

Top Gear scholar Hayes said: “Many leading Gear thinkers pinpoint Clarkson as the work’s narrative driving force, yet for me it was the scampering, imp-like Hammond who provided its much-needed pathos as he battled for the love and respect of his greying alpha male cohorts.

“The Evans-LeBlanc iteration lacks emotional punch. The banter is just banter, without the poignancy of a small man making a veiled plea to his surrogate father figures.

“However it is interesting Evan’s gingerness seems to be a visual manifestation of some outsider status, although LeBlanc is, strictly speaking, the ‘alien’.

“Despite this, one feels it is almost a meta-narrative on previous series, and as such one wonders whether it is even canonical. Indeed it will be interesting to see what transpires next week when Damian Lewis has a go in a rally car.”

Hayes’s wife Sarah said: “I thought it was shit before and I think it’s shit now.” 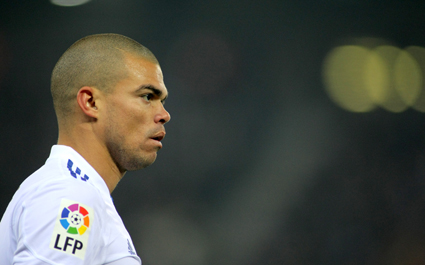 REAL Madrid footballer Pepe has been laid to rest following a fatal cheek-brushing in the Champions League final.

The deadly blow was struck by Atletico Madrid fullback Felipe Luis, who gently brushed Pepe on the side of the face and snapped his neck in half.

Pepe was born in agony in Brazil and played in excruciating pain for Maritimo and Porto, before moving in unbearable torment to Madrid in 2007. He made over 300 anguished appearances for Los Merengues, scoring 13 tortured goals.

Real manager Zinedine Zidane said: “No-one suffered more than Pepe. A lesser man would have given up after being repeatedly shot by invisible snipers over the course of his career, but Pepe kept going, even though we could all see how much he was suffering.

“Before our next game, we will observe a minute’s rolling around on the floor.”

Mourners at Pepe’s funeral watched a video montage of his happiest moments, including his headbutt on Thomas Muller, his stamp on Lionel Messi, and his numerous flying assaults on Dani Alves.

Football fan Julian Cook said: “It’s a tragedy, because it means I won’t get to kill him myself.”