CARRIE Fisher will get back into fetish gear for the next Star Wars film in 2017, Disney has promised.

Executives at the corporation said that actress Carrie Fisher, who will be 61 when the film wraps, will return wearing the iconic outfit.

A spokesman said: “Leia is sexy, sure, but in her skimpy steel bra at a near-pensionable age she’s also strong and dignified.

“Carrie, like the Star Wars series, never gets old. Or at least we’ve convinced ourselves of that.

“And as a nod to gender equality, Mark Hamill turns up in a leather thong.

“Anyway the Hollywood maxim is, do flog a dead horse. Flog it until all the flesh has gone and it’s just a skeleton. Then flog the skeleton until it’s powder. Then sell the powder as merchandise.”

Star Wars fan Julian Cook said: “I’m sure Carrie looks great for her age but I vaguely remember my nan at 61. Even if we weren’t related I wouldn’t have wanted to see her in fetish gear.”

Fellow devotee Tom Logan said: “I could handle it if the story centred on Jar Jar Binks investigating financial irregularities in the Rebel Alliances accounts, or a love triangle between two ewoks and a jawa.

“I’d still watch it if the dialogue consisted entirely of clunky exposition like, It is of crucial importance that we deactivate the trillium beam in order that our love may flourish like a Nabooian swamp rose.

“And I’d be more curious than angry if George Lucas came and took a dump on my front lawn. 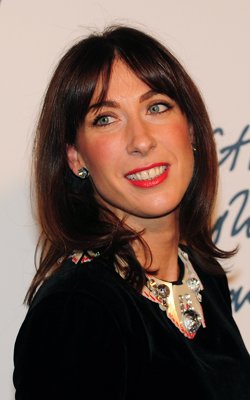 It’s Halloween again and time to think about making a statement with your costume.

Us art school gals know it’s crucial to be a bit controversial. Many will be pushing the envelope this year with an edgy Jimmy Savile get up. If recent parliamentary Halloween balls are anything to go by, I know Hague will once again have this section cornered, recent events only exacerbating his rampant seasonal vim. Back in 03, he shook things up a little and came as Sporty Spice, but a couple of Pinot Grigios down and he magically produced his fat cigar and began bleating ‘Now then, now then’. It was just creepy and upset a lot of people.

The great news for many is that your neighbour’s teenage daughters will once again dress as naughty school girls. This year, instead of leering at them from a chink in your Venetian blinds, you can excitedly bound into the street wearing a sparkly tracksuit and John Lennon glasses and their dad will be delighted to snap you pawing them and cackling.

You might be tempted to partake in the Halloween tradition of becoming a sexy version of a thing. This strategy will be perfect if you happen to be one of those ‘butterface’ types who’d normally arouse suspicion by going out wearing a mask. Luckily, supplimentary contraceptive advice is freely available to you this time of year.

But to really keep them on their toes, you need to think outside the box. One year I went out as a pan fried sea trout with aubergine caviar and fennel. But get this: I deliberately put holes in my tights. See?

Always aim to throw them a curveball. Last year, we heard Clegg was going as Winston Churchill and Balls and Cooper as slutty nurses. I knew this was one area we could walk away with the prize, so I came up with the perfect plan for Dave, George and Boris: Crosbie, Stills and Suicide Bomber! We had all the right gear lying around: roll neck sweaters, aviator glasses, dozens of disposable mobiles and bottles of Tippex thinner. I wish you could’ve seen it, they looked totally random! But DC gets super paranoid  he said it wasnt fair on the hard-working police force who mightnt be able to distinguish him from the real suicide bombers  the heavy black beard might lead them to the snap decision that he wasn’t ‘a friend’. I must confess he had a point and eventually they went out as Torville and Dean and Oprah (Dave was Dean obvs).

I was livid when we didn’t win the weekend at Champneys, which was stolen from us by the National Advisory Group on Clinical Audit. They came as twenty five Barclaycards and a naughty nun – which I thought was in incredibly poor taste.