DJ talks about his work as if it has artistic merit

A DANCE music DJ has spoken about his work like he is some sort of artist.

Making a thoughtful facial expression, he said: “With me, it’s more of a journey.

“I could start techy and then go more progressive, or start progressive and then go trancey. I’m like this crazy chameleon figure, always changing, always unpredictable.”

Malley confirmed he was also working on his first album, or at least getting some other people to make it for him so that he could put his name on it.

Splashback avoidable by urinating in the sink, say male scientists 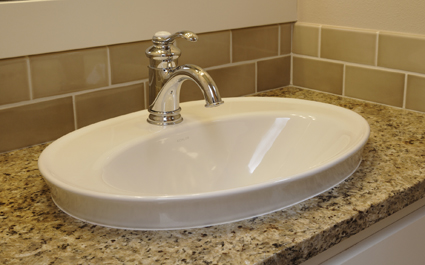 MALE researchers into the problem of ‘splashback’ have advised urinating in the sink.

Professor Henry Brubaker, of the Institute for Studies, said: “The toilet bowl is simply too far away from the standing male’s urethra, so mishaps are inevitable.

“On a scientific level it is far more sensible for men to go in the sink. Urine is sterile so it’s not a hygiene issue, it’s totally fine.

“In terms of convenience it’s good too because you don’t need to cross the room to wash your hands afterwards.

“As an added bonus, lots of rooms that don’t have toilets have sinks, for example kitchens and hotel bedrooms. If the sink is at the bottom of the bed you can even urinate without getting up.