I’ve been accused of doing bad things and everyone hates me. What can I do to make it all go away?

If you really have done bad things then you need to own up, face the music and start some serious damage limitation, otherwise you might be in for a miserable Christmas.

If someone has done something naughty, I always recommend writing letters to both Santa and Jesus telling them you are really sorry and that you won’t do it again.

Jesus tends to be more forgiving than Santa, but remember who it is that’s giving out the presents. Jesus might be a pushover, but he’s not the one with access to the full Sylvanian Families range, so focus your efforts accordingly. 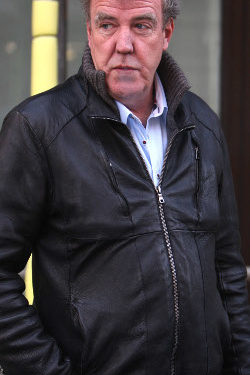 JEREMY Clarkson will be guest editor of The Guardian for a week, the newspaper has announced.

He’ll deliberately smash it into another newspaper

The Top Gear star has promised that during his tenure the liberal-left broadsheet will focus on cars, girls and destruction.

Clarkson said: Its about time the Grauniad started addressing real issues, like How would a bevy of gorgeous Page 3 girls in bikinis handle a supercar like the Lamborghini Aventador?

“Instead of reviewing lame pinko films about Polish lesbians, Peter Bradshaw will crash a train into a horse.

Polly Toynbee and Zoe Williams can fuck off for a week, because Ive commissioned my own columnists: Nigel Farage, Jim Davidson, Andy McNab, Norman Tebbit and Roy Chubby Brown.

Hadley Freemans fashion column will go too, because I will be reviewing high-waisted jeans that display a pronounced penile bulge.”

Guardian editor Alan Rusbridger said: This is an exciting experiment for The Guardian, because it might broaden our readership beyond teachers and people who make their own pesto.

Jeremy has got some really interesting ideas, in particular his campaign to encourage readers to run over a Frenchman.

Guardian reader Tom Logan said: I dont think The Guardian should get involved in this sort of gimmick, but I am secretly looking forward to the photo-feature about Kelly Brook re-enacting classic SAS missions.