Evan Davis To Interview Gordon Brown In The Bath

NEW Today presenter Evan Davis is to interview Gordon Brown next week, as both share a relaxing, honey-scented bath.

Davis will shampoo Mr Brown’s hair, give him a head massage and quiz him on the secrets of his beauty regime, before asking the prime minister how he finds time to run the country and read all those big books.

During an interview with Alistair Darling on Tuesday, Davis offered the chancellor a soothing back-rub and told him not to worry as it was not his fault.

Last week he persuaded one Monsanto executive to reveal the enormous benefits GM crops will bring to the world without any risk, something no previous Today presenter has done.

Programme editor, Tom Logan, said: "Evan’s style may not be aggressive – I know John Humphrys would not have closed his interview with the chancellor by saying 'poor lamb, give us a cuddle' – but it is getting results.

"Did you know the chancellor’s favourite cheese was Limburger? Well, you do now."

He added: "Asking the president of China to name the capital of Tibet and describe its flag and its major tourist attractions was a masterstroke. He’s very good with animal stories too."

But one programme insider admitted Evans had been 'out of sorts': "He's not used to dressing in the dark and keeps getting his cock ring caught in his zip."

Most NHS Staff Happy To Watch You Die 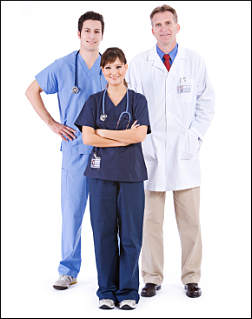 MOST NHS doctors and nurses are happy for you to choke on a biscuit while they play cards and watch videos, according to a new staff survey.

The research showed that less than half of all NHS staff regard patient care as a top priority, while one in four actively want to hit you with a pan.

Just over 20% said they would help an emergency case, but only if it was more interesting than the latest episode of Grey's Anatomy, currently showing in the staff lounge.

Professor Henry Brubaker, of the Institute for Studies, said: "A 63 year old-man who has had a heart attack while gardening stands little chance because the vast majority of on-call staff would regard his plight as incredibly dull.

"We found that a far higher percentage were willing to help if it was a gunshot wound or someone who had been attacked by a celebrity.

"There was also a better chance of prompt treatment for sex-related accidents and people who had rammed household objects up their back passage."

According to the survey, top priorities for NHS staff include union meetings, high-stakes poker games, frozen vodka, golf and water-skiiing.

Professor Brubaker added: "Basically, if there were four staff members around your bed and you had a seizure, one would simply wander off and two would try to help you while the other one did his best to distract them with a magic trick."