Glastonbury Sales Down As Fans Tire Of Wallowing In Own Dung

GLASTONBURY ticket sales have slumped this year after thousands of fans decided not to pay £155 to shit in a ditch.

Music fan Tom Logan said he was giving the festival a miss as he had only just recovered from the cryptosporidium he got last year after accidentally eating infected hippie faeces.

He said: "I saw what looked like a bowl of hummus outside someone's tent and just dived in. It tasted quite authentic. I think it must have been all the lentils. I had seconds."

Nikki Hollis, 26, said she would not return because it took her six months to fully remove the caked-in dirt and stains from her intimate area after spending three days up to her armpits in mud, urine and falafel grease.

She added: "I went to a wedding in Tewksebury last summer where they had some very nice portable toilets with soap dispensers and clean towels.

"But you know the best thing? They actually flushed so I didn’t have to do my shit on top of a giant pyramid of crap left by the previous thousand occupants."

Wayne Hayes, 36, said he wouldn’t mind spending three days having to eat other people’s dirt if only the music on offer was slightly uplifting.

He said: "We’ve got drug addicted skanks and boys in too-tight trousers who think that copying their dad’s records note-for-note is the height of musical originality.

"If I am going to get amoebic dysentry again, I’d like to hear a bit of opera while I'm crapping my stomach lining into a bucket."

English Cricket Board Orders India Back To The Fields 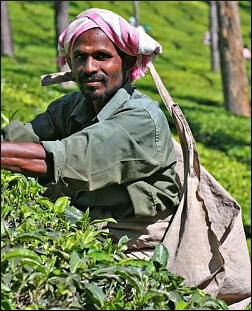 REBEL Indian cricket promoters were last night ordered to return to their labours in the tea plantations, or feel the harsh crack of English discipline.

The England and Wales Cricket Board has expressed its disgust at proposals for an international cricket league paid for by brown people and threatened to take the stick to them until they learn their lesson.

ECB vice-chairman, Sir Denys Finch-Hatton, said: "How on earth did these savages obtain so much money? Has there been a sharp rise in the price of bongo drums?

"And now they're offering this ill-gotten bongo money to our cricketers. Do they seriously believe that an Englishman plays cricket for personal gain?"

He added: "Cricket is about the rule of law, sportsmanship, manly comradery and finding new and exciting ways of protecting one's testicles.

"I have no doubt that our fine English test players will tell these grinning cricket-wallahs where to stick their hot, spicey banknotes."

But Julian Cook, a sports marketing consultant, said India had millions of eager, young cricket fans who will buy whatever they are told to.

He added: "The typical English cricket fan is very discerning, but it is rather difficult to advertise to people who are fast asleep for 22 hours a day."