One Woman's Week: Giving My All

As anyone who knows me will tell you, I am one of the most charitable people anyone could hope to meet. In fact, I would go as far as to say I am a disabled person’s wet dream.

But my charitable exploits are something I like to conduct in the privacy of my own home, so when I am approached on my Saturday shopping spree by inanely grinning youths holding clipboards and trying to get me to contribute to their charity, I simply rage, “No number of clipboards will make your ridiculous and un-environmentally friendly dreadlocks look like those of a professional charity representative” and “You and your Congolese orphans won’t see a penny from me!”

I regularly contribute to the weaker members of our society by donating some of my cutting edge fashion choices to organisations such as Oxfam and other special needs shops. Nevertheless, I must admit that this constant bombardment of new ‘fad’ charities is testing my infinite patience.

I was approached on Saturday afternoon by not one, not two, but THREE of these charity bastards. The first two, I was able to bat off using my umbrella but the third caught me off guard: “Hey!” he said, “Where did you get your haircut?” As I only recently had my hair cut (at a cost of £180 by Vidal Sassoon), I couldn’t help but give him my attention, as it is surely a keen eye for style that spots when Karen Fenessey approaches! However, he only talked about my hair for ten minutes before getting round to Congolese fucking orphans and my bank details. Plus, he really didn’t seem to know what he was talking about with regards to styling, and didn’t even know what a half head of highlights were. It was then that I knew he had grown jealous of my hair and now wanted to strip me of my every last penny as revenge.

“Listen,” I told him sternly, “I am one of the most charitable people you will ever meet and, as I’m sure I make a lot more than you and probably most people in this street, I think it’s safe to say I give more than most. But I am damned if I am going to contribute my hard earned cash to your Comic Relief bollocks.”

The youth mumbled something about how he wasn’t collecting for Comic Relief, and something about oppression in the Congo. “The Congo?” I said, and then added as a final witticism, “Why don’t you give them Um Bongo? They drink that in the fucking Congo!” I couldn’t help laughing to myself as I stormed off. I really do have a fantastic sense of humour – and everyone I relayed this story to later that day said the same thing.

Some may say that I should have contributed to the plight of the Congolese in need. And I certainly agree it is right to give them rations. But, as I said, this is something I will do privately and not through this evil Comic Relief mass hysteria.

Years ago while watching the show on TV, I felt compelled to donate some money. But their claim that any amount is sufficient is a total lie, because when I went online it kept asking me for thirty quid, and wouldn’t let me give the fiver I’d intended for those land mine kids.

Then it occurred to me: when I donate my money to Comic Relief, there’s only one African it goes to – and that’s Lenny Henry. And when you look at the size of him, and consider that he’s just earned a small fortune for his portrayal of a man who stays at a Premier Travel Inn and buys bread for a rubber duck, I think I can safely say he is in no urgent need of rations and it is in everyone’s interests to keep our fivers to ourselves. After all, as Jesus said: “Charity begins at home!”

Houses Worth Less Than The Bricks They Are Made Of 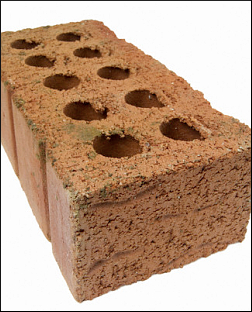 BRITAIN'S houses are now worth less as homes than they are as individual bricks, it was claimed last night.

Estate agents say most homeowners are dispensing with their services and instead dismantling their houses and selling them bit-by-bit at car boot sales or down the pub.

Others are breaking up individual rooms and selling them off piecemeal in a bid to stave off repossession while retaining a habitable portion of the family home.

Wayne Hayes, 36, pulled apart his detatched, four bedroom house and put all the bits on e-Bay after the best offer he received was a can of dog food and a dirty stick.

He added: "I got nearly 500 quid for the bricks. Once you add in the copper wire, the light fittings and the Belfast sink I've only lost about three-quarters of a million."

Bill McKay, 56, said he had sold the top two floors of his three-storey Georgian mansion after it was valued at slightly more than the price of a KitKat.

He added: "The corrugated iron keeps out most of the water and we've got a bucket in the corner for number twos."

Tom Logan, chief economist at the Halifax, said there were some lovely bricks coming onto the market, adding: "Now that they have been released from their pointless houses, they have some real value."

Meanwhile prime minister Gordon Brown yesterday sought to calm worried homeowners by sitting in the middle of his office floor, pulling his knees up to his chin and rocking back and forward, mumbling: "Everything will be just fine, you'll see – finey, finey, fine. Is it time for tea?"