Everyone on poetry circuit a disgruntled secondary school teacher

ALL amateur performance poets are secondary school teachers with an axe to grind, it has emerged.

Teacher/poet Tom Booker said: “I hate Michael Gove with a passion and due to the fact I teach English, I thought what better way to express that than through the use of poetry.

‘For example, my first poem was called Michael Gove Can Fuck off and Die as Far as I Am Concerned.

“It’s a good thing I went on first though as other performers’ work followed a similar theme.”

Fellow teacher/poet Emma Bradford said: “My poems are about how much the other teachers just don’t get how artistic each and every child has the capability to be.

‘I know Pink Floyd sort of covered that territory in a song, but my poem sees the establishment not as a wall but as a sort of big evil anteater that sucks up individuality.”

Legal system to be replaced by what everyone on Twitter reckons 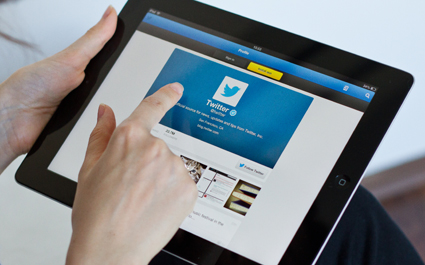 ALL trials are to take place on place on Twitter in order to save money.

After plans were unveiled for courts to use Skype, the next logical step was for all crimes to be tried on social media using statements of 140 characters or less.

“Then the defendant responds, for example. ‘WTF??? Not guilty. Woz @ home watching Bargain Hunt. Girlf can prove it #fitup’.

“Anyone with a Twitter account can then give evidence. It could be a police officer dealing with the case, an eyewitness or a random person with nothing better to do.

“Finally everyone tweets ‘guilty’ or ‘not guilty’. The results are totted up automatically and if most people vote ‘guilty’ I ask the Twittersphere what the sentence should be, which is usually castration.”

Criminal Roy Hobbs said: “I particularly like the way I can plead not guilty while I’m out committing other crimes.”

However, lawyers said it was wrong to reduce complex cases to a brief Twitter exchange when they could be charging at least a grand a day to get the same outcome.