Veteran of Warhammer 40,000 conflict struggling to come to terms with it 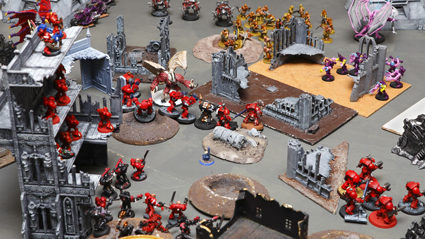 34-YEAR-OLD Norman Steele has been left traumatised after his army of space marines was wiped out during a tabletop wargame.

Unemployed Steele could only look on in horror as his miniature battalion of spacesuit-clad Imperium troops was pinned against a fortress wall by six-limbed aliens.

He said: “They were using venom cannons and spore mine launchers. Not real weapons obviously, but scale models vividly painted to look very realistic.

“Anyway we were hugely outnumbered and there was nothing I could do. Everywhere you looked space marines were getting wiped out.

“Since the battle I’ve been unable to look at a picture of any futuristic alien or monster without experiencing flashbacks.

“Worse still I cannot go near a table of any kind without hearing the ominous clatter of dice and the gloating voice of a middle-aged man in a Sepultura t-shirt.

“I just want some professional help to get back to being the quiet, shy man who I used to be.” 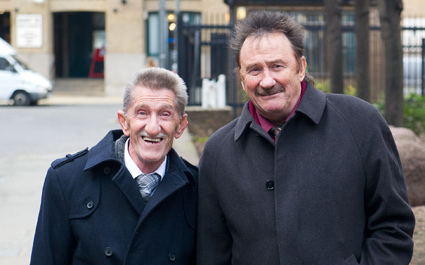 BARRY Chuckle has taken a shock three-point lead in the run-up to the general election.

Although the wiry Chuckle sibling is not currently running for office, a YouGov poll showed that he was considered ‘most trustworthy’ on issues such as the economy, education and manoeuvring bulky objects through doorways.

Labour and Conservatives have already suggested they would consider a coalition with Barry Chuckle on the understanding that his panto work did not interfere with the duties of deputy prime minister.

Chuckle’s popularity with the voters has caused a rift with his brother Paul, who studied Political Science at Cambridge and has worked in an advisory capacity for a number of left-wing think tanks.

Meanwhile Channel 4 has commissioned a speculative docudrama titled The First 100 Days Of Chuckle which shows Barry accidentally covering Angela Merkel in paint during an EU summit and getting his head stuck in the Speaker’s Chair during the state opening of parliament.