Manchester to be completely covered in spikes

THE city of Manchester is to cover all pavements, walls and street furniture with metal spikes to stop locals getting soft.

The move follows the installation of pavement spikes outside Selfridges, which are packed 24 hours a day by dozing Mancunians proving that their rain-hardened skin feels nothing.

Mayor of Manchester Bill “Macca” McKay said: “The more pain you can take, the more Manc you are.

“These needle-like spikes can burst a dropped melon so they are perfect for doing one-handed press-ups in front of your mates.

“They go well with the constant freezing sleet, the noonday darkness, and the unbearable itching caused by the Scousers being less than 40 miles away.

“From now on the city will be as open and welcoming to outsiders as a Judas Priest jacket turned inside-out, though obviously that’s still a lot less hostile than our evil twin Salford.” 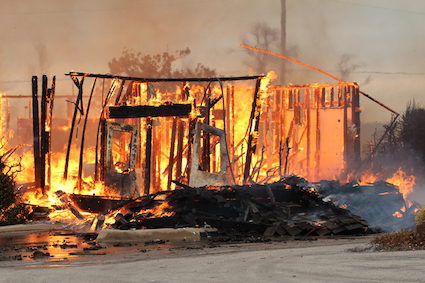 A HOUSE has burnt down within a 20 minute walk from a cinema where people can watch Fifty Shades of Grey.

No-one was injured in the blaze, but the local fire brigade said the smoke may have been visible from the front entrance to the building where the sexy film is being shown.

A spokesman for Stevenage Fire Brigade, said: “There was no-one in the house at the time, so we don’t know if the fire was caused by the film.

“When the owners return they will be amazed to discover that the film is being shown within a couple miles of what used to be their house.”

The spokesman added: “The fire broke out at 3 am, so the film wasn’t being screened at the time. But it was being screened somewhere. Probably in America.

“It may have been caused by an electrical fault. Which means, of course, that electricity may have come from the same place as the electricity that goes to the cinema.”

A spokesman for Rye House (A) Power Station in Hoddesdon, said: “Yes, I suppose that means we’re the ‘Fifty Shades of Grey power station’. It’s a bit of a whirlwind at the moment.”