FILM researchers have discovered that The Goonies is actually dreadful.

The 1985 film is a favourite amongst reminiscing thirtysomethings who havent watched it since they were 13. But yesterday a Channel 5 broadcast showed that a group of children shouting for 90  minutes is as entertaining as that sounds.

Filmologist Nikki Hollis said: Halfway through I was hoping the one that looks like Paddy Kenny would just snap the fat kids neck like a twig wrapped in bacon and the rest of the shrieking horde would get buried in a rockslide.

Instead a bunch of brats continued being way too fucking loud in an abandoned Raiders Of The Lost Ark set and falling through things for no discernible reason for another hour.

Fans hold Goonies-themed evenings, asserting that modern childrens films cannot compete with when that bloke says Hey you guys in a mongy voice, before finding the fattest person in the pub to bully.

Theories why the film is so great differ, with some pointing to its massively offensive racial stereotypes while others say it is the combination of laughing at the physically and mentally disabled and having no plot.

But new research suggests that children are morons that like any old toss put in front of them and grow up into adults who forget how shit the decade they grew up in was.

Hollis added: Liking The Goonies as an adult is as dignified as seeing how many wanks you can have in a day and crying because you dont own a BMX.

Internet addicts could be weaned onto drugs 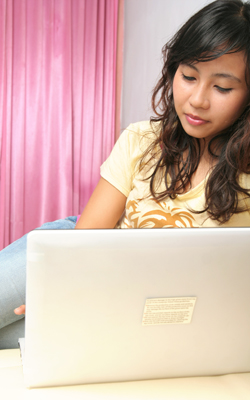 BRITAIN’S millions of internet addicts could be weaned onto less damaging drugs like LSD and ecstasy.

Parents’ groups have hailed the emergence of ‘drugs Ebay’ website Silk Road as a beacon of hope for a lost generation of computer-dependent teenagers.

Father-of-two Tom Logan said: “Our internet junkie son is a wanked-out husk with zero empathy and skin the colour of LCD monitor glow.

“We’re urging him to use Silk Road because we believe having a drug habit is more worthwhile than simultaneously staring at 12 browser windows full of drivel.

“Ideally he wouldn’t be addicted to anything but at least drugs inspire a certain amount of creativity. I mean, there are loads of records about smack but no-one’s ever done a good album about TalkTalk wireless broadband.”

The Silk Road website caters to a select group of people who are both into drugs and able to do quite complicated things on computers.

Logan’s 17-year-old son Stephen said: “When I heard about Silk Road I immediately googled it. Not because I wanted any drugs, but because it was an excuse to use the internet.

“I would love to have the willpower to stay off the internet and get into drugs, like my parents did back when people went outside and weren’t bored all the time.”

Addiction counsellor Nikki Hollis said: “The internet is such a difficult habit to kick because it’s literally in the air.

“I’ve seen users go cold turkey and they just start clutching at the sky, trying to grab pictures of cats and tits.”