RAPPER Ice Cube’s family comedy film Are We There Yet? is to be screened in schools in a bid to make ‘gangsta’ role models unappealing.

In the PG-rated comedy Cube, considered one of the founding figures of the ‘gangsta rap’ movement and whose albums include Death Certificate and The Predator, escorts his girlfriends’ sassy but loveable kids on a road trip peppered with comedy incidents.

Youth outreach worker Tom Logan, who will be touring the film around urban schools, said: “We’re showing kids that gangsta rappers can be the opposite of cool in the hope that they’ll aspire to becoming doctors or teachers instead.

“Ice Cube once rapped that ‘the nigga you love to hate can still kill at will’. However in Are We There Yet? he struggles to defend himself from a fake reindeer that’s repeatedly kicking him in the face.

“In its sequel Are We Done Yet? the humiliation is ramped up to a new level as Cube falls through a roof while chasing an animatronic raccoon.”

Logan added: “Cube once wrote that ‘I’m platinum bitch, I didn’t have to sell out’. However if you look closely during a scene where the rapper is pelted with egg by a dog, you can see a gassy blob appear above his head.

“We think that’s his soul leaving his body.”

If successful, the scheme may be extended to include Ice T’s appearance in Leprechaun 5: Leprechaun in the Hood and some footage of Kanye West being himself.

Public unconcerned that police think they should be in charge 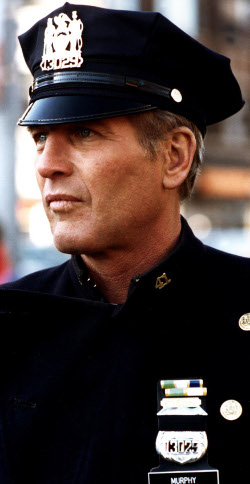 BRITAIN has thrown its support behind the unelected jobsworths who watched London burn for three days, it has emerged.

A series of opinion polls show the public think David Cameron is wrong to tell the police to just do their fucking jobs and that it would be far better if he was replaced by a senior officer in a big, fancy hat.

Cameron has come under fire for hinting that during the first 72 hours of the rioting it seemed that stealing a Blu-Ray player was perfectly legal and that it might now be an idea to get some advice from someone who knows what they are actually doing.

Stephen Malley, from Stevenage, said: “Cameron should shut it. In February my lawnmower was stolen and when the police arrived last week they were absolutely charming.”

But Jane Thompson, professor of freedom and stuff at Roehampton University, said: “You may despise the government but a key element of democracy is that an elected politician has the right to tell a policeman to shut his fucking hole.

“And he also has the right to tell them that if they can’t do their jobs properly he will replace them with Paul Newman from Fort Apache, the Bronx.

“And the fact they object to this so strongly confirms what a collection of arse-covering fucknuggets they really are.”

Meanwhile ACPO president, Sir Hugh Orde, said it was ‘simply stupid’ to have a senior officer who had never taken money from News International or been to Champneys for the Sumatran Herbal Chin Bath.

He added: “And he’s not even British.”

Professor Thompson said the public may be backing the police because they think London had become overrun with plate glass windows.

She added: “Or perhaps they think that somehow the Metropolitan Police will one day protect us from the government. Which, in all fairness, they probably will if the government disguises itself as a newspaper seller, or a Brazilian electrician.”