POLICE last night thanked the Premier League for lulling an over-excited Britain back to sleep.

Amid fears that riots could start again as people had time off from the same jobs many of the rioters seem to have, Premier League fixtures were so soporific that radio stations warned not to listen to coverage while operating heavy machinery.

Superintendent Roy Hobbs said: “It’s all been very relaxing and nicely tedious. Torres not scoring, United bagging a late winner and Liverpool being disappoi…ah, you appear to have nodded off.

“We were concerned that Joey Barton having a one-man riot on the pitch might flicker some insurrectionist flame but by now his state of almost-permanent enfunkment has the same soothing effect as the sound of a distant seagull amid the gentle lapping of waves against the shore.

The league was helped by television coverage of the games, which leading footballologists described as high-defintion, surround sound Valium in inexplicably tight, shiny suits.

Ray Wilkins’ voice during Sky’s Sunday coverage did spark a minor panic, as some people called the broadcaster fearing he must have been suffering a series of bereavements while commentating, but by the time the final whistle blew at the Hawthorns most viewers were sleeping like drunk babies.

Meanwhile, the BBC’s persistence with Gary Lineker and Alan Shearer ensured that Match of the Day could stop a Mexican prison riot with a single line of banter about Alan Hansen’s dismay at a poorly organised back four.

Starkey sick of hearing Jamaican patois at the Ivy 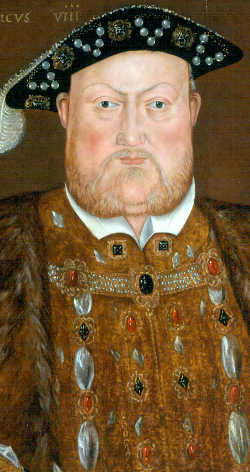 HISTORIAN David Starkey has written to a top London restaurant about its constant use of nihilistic Jamaican patois.

Dr Starkey says that every time he goes to the Ivy in London’s fashionable West End, the white maitre d’ greets him with a loud ‘wha gwan Star-kee?’ and then attempts to shake his hand in an unusual way.

He added: “The waiters call me ‘rude bwoy’ and ‘Doctah D’ and the menu is all spicy bananas and jerked meat.

“I am then surrounded by fellow diners all speaking a particularly aggressive and destructive form of Jamaican gangsta street lingo while I and my lunch companion attempt to discuss the consistency of Henry VIII’s mid-morning stool.

“This is why so many of us have this sense of, literally, a foreign country.”

Dr Starkey’s outburst follows his claim the riots started because young white people had become black ‘thus making it very difficult for the police to see them at night’.

He also claimed young people, who are all exactly the same now, stole televisions because of the way they talked.

But as riot-loving communists said that Alf Garnett with a PhD and a contract with Channel Four is still a racist, Dr Starkey was defended heroically by a couple of right wing white men causing everyone in Britain to immediately realise they had made a big fuss over nothing.

Julian Cook, professor of shut up, you’re wrong at Delingpole University, said: “When did it become racist to make sweeping generalisations about ethnicity?”

Publishing his letter to the Ivy, Dr Starkey said the Oxford and Cambridge Club was just as bad, ‘especially after they granted full membership rights to bitches’.