REPEATEDLY refreshing Netflix and expecting new and different content to appear is the definition of insanity, according to a newly discovered Einstein quote.

The original of the famous quote, discovered in the theoretical physicist’s papers, not only predicted the on-demand streaming service but also the futile tedium of 21st century entertainment.

Denys Finch Hatton, who is writing a new biography of Einstein, said: “He also extended the principle to Amazon Prime, BBC iPlayer and All 4, showing how ahead of his time he was.

“To recogise that a telephone network and a codebreaking machine would inevitably combine to become the internet, and then that it would provide streaming media to homes, and then there would be nothing on worth watching, is typical of his genius.

“He also posited that time would slow down relative to the observer of any season of Orange Is The New Black beyond season three, so weak and soapy had it become.

“But to be fair my girlfriend called that at the end of season two.” 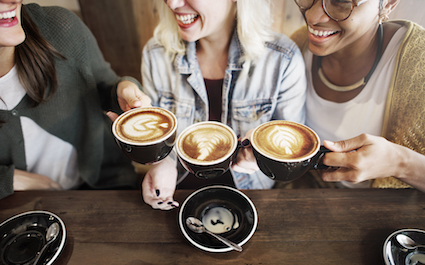 A LONDONER visiting a Costa Coffee in Stoke-on-Trent cannot understand where all the laptops have gone.

Nathan Muir of Crouch End who was in the Potteries on business visited the cafe to get some work done but was astonished to find, instead of serried ranks of silent headphone-wearing workers at laptops, a few pensioners enjoying a hot drink.

He said: “I must have gone in the wrong door or something. This isn’t any kind of cafe I recognise.

“Yes it sells coffee, but that’s not really what a cafe’s for, is it? That’s just how you rent your space. Are those students talking? Don’t they realise there are people trying to… oh. I suppose there aren’t.

“And the looks they all gave me when I got mine out. They were no less startled than if I’d plugged in my own table lamp.

“I did spot one bloke in the corner with a laptop later, but it was some kind of strange black plastic laptop, not the proper silver kind that real workers have.

“These people don’t live lives that I can understand. I’m never going back.”