In the 2003 film, Kate Middleton plays a sexually-repressed secretary, Burgundy Turner, who goes undercover in the seedy world of LA strip clubs to find her sister’s killer.

Burgundy soon loses her inhibitions, becoming a dancer herself and beginning a torrid affair with alcoholic ex-cop detective Nico Hawke, played by Billy Zane, who may himself be untrustworthy.

Deadly Desires II: The Temptress has an Imdb rating of 2.3, and a user review describes it as “Gay on a quantum level.”

After failing to get a distribution deal, the film screened once on Channel 5 in 2007 before being dumped onto Netflix, where it has been watched solely by users flicking through to find breasts.

Royal pundit Nikki Hollis said: “Kate is as worried about the poor quality of the film as she is about the subject matter.

“There’s a scene in the detective’s office where a boom mike is clearly visible as the Duchess of Cambridge delivers the line, ‘I dreamed of Mandy last night, she was calling to me but I couldn’t help her, then a knife went into her head.’ 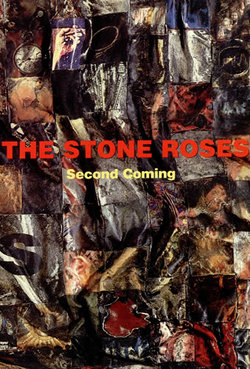 APPLE has changed its strategy to creating products that people had no idea they were not interested in.

Since 2001 the hi-tech giant has made gadgets that were the result of firing secret lasers into the public subconscious to find out humanity’s unrealised desires.

But with the launch of the iPhone 5 the company has once again broken all the rules by creating a product that no-one expected to be incredibly unimpressive.

Julian Cook, who gets paid to have an opinion about smartphones, said: “They have obviously worked out what I know I want, which is this – if I’m going to spend more than £500 on a telephone then I want it to do everything that a telephone can conceivably do.

“They have not done that. It is genius.

“Meanwhile, I’ve no idea if they know what I didn’t know I wanted because I don’t know what that is.

“But somehow – probably voodoo – they have produced something that not only do I not want but had no idea that I would never wonder how I managed without it.”

Tom Logan, a late adopter from Peterborough, said: “I really thought I would want this, but I absolutely don’t. I shall buy two.”

Helen Archer, who has a very large Apple logo tattooed on her forehead, said: “I can’t wait to find out what else I don’t want.”