THE 75th anniversary of the death of horror writer H.P. Lovecraft has been commemorated with an indefinable sense of terror.

Fans of the influential writer – whose works depict mankind as the hapless puppets of the ancient, evil creatures lurking on the fringes of our reality – paid their respects by sitting bolt upright in a intense state of paranoia-bordering-on-insanity.

Horror fan Roy Hobbs said: “I’ve got Lovecraft to thank for opening my eyes to the utter meaninglessness of human existence in a vast, cold universe full of dread. So naturally I wanted to pay my respects by driving myself temporarily mad with fear.

He added: “It was mid-morning at the time, and a strange shadow fell across my desk.

“I looked up and saw… a thing beyond description, a thing of such pronounced hideousness as to mock almighty God by its very being, a being that no human tongue could name nor mortal syllable describe”

“Rubbing my eyes, I realised it was actually my line manager, Richard, telling me to stop staring like a mentalist and do some work.”

Thousands worldwide remembered the groundbreaking writer’s passing by experiencing an eerie feeling that they were being watched, possibly by beings not of this realm, and glimpsing slimy things from the corners of their eyes.

25-year-old Lovecraft devotee Emma Bradford: “Late yesterday afternoon at about 5.30pm,  I felt overwhelmed with dread and disgust at the unnameable, tentacled, sub-human horrors lurking all around me.”

“However, that is actually quite normal, as I work at Spearmint Rhino.”

Celtic to sneer at grubby stadium 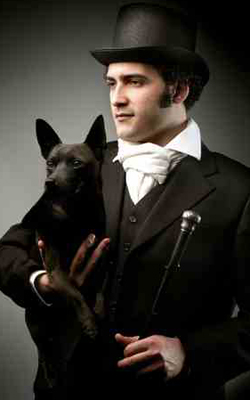 The teams will meet for the first time since Rangers told the tax man that they were unable to monetise half a city’s worth of fanatical support, and Celtic fans have already looked up the spelling of the words ‘declasse’ and ‘gauche’ for their banners.

Celtic supporter Tom Logan said “Whilst one is willing to temporarily countenance the company of a Hun on occasions such as these, the frankly dreadful selection of Chablis at Ibrox is beyond the pale.

“I doubt that I will be taking my gloves off when I’m in their ghastly little stadium and I shall be instructing my man to ensure the Bentley’s engine is kept running at all times should the whole affair become too distressingly shabby.”

The home team has been ordered to replace the traditional pre-match handshake with a tug of the forelock to their betters and Celtic has asked whether somebody will be keeping an eye on the valuables in their dressing room during the match ‘just in case’.

In a gesture of goodwill, Rangers have been told they can keep the coin tossed at the start of the match, as long as they promise not to spend it all on gin or at the bookies.

Footballologist Wayne Hayes said “It’s nice to see a fixture with an already-maniacal level of hatred attached to it ramp up the tension by adding class division into the mix. Although given that they’re both Scottish the word ‘class’ is somewhat relative, obviously.”

“In terms of adding an extra layer of rivalry it’s rather like Israel finding out Palestine has slept with its sister.”