Mario and Luigi not actually brothers but do live together

MOUSTACHIOED adventurers Mario and Luigi are not related but they do have a special bond, it has emerged.

The Mario ‘Brothers’ revelation comes in the wake of Dragon Eye 2, a computer game featuring openly gay characters on the mythical fantasy world of Grindr-onia.

Mario said: “Luigi and I are two highly compatible individuals who found each other in the eighties and have been together ever since, living in a little red brick house full of vintage theatre posters and overweight cats.

“We are not actually brothers, more like soul mates.”

He added: “It just felt like it was the right time to say something. Unfortunately various lucrative licensing deals prevent me from being more explicit, but let’s say we’re unlikely to fall out over the favours of the Princess Toadstool.”

Games reveiwer, Wayne Hayes, said: “They wear lurid dungarees. They have matching facial hair. They inhabit a design-heavy environment decorated in bold primary colours. Most of all, they’re Italian.

“It’s questionable whether this is any kind of revelation.”

Veteran heterosexual gamer, Bill McKay, said: “As a red-blooded straight macho male who would definitely be shagging lots of women if he wasn’t constantly sat in front of a monitor with the curtains drawn and surrounded by discarded Pot Noodle tubs, I find the thought of same sex relationships disgusting.

“However I am less troubled, and in fact somewhat aroused, by the idea of sexual relationships between men and attractive female cat-type humanoids, or busty unicorns.” 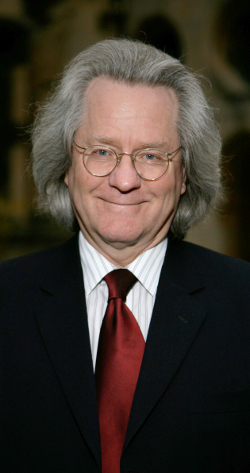 THE idea that people could do good things without religion is a child’s fairy story, Christians have claimed.

Grayling’s The Good Book explains why human beings are capable of being nice to each other even without the guidance of divisive, self-serving organisations that preach a moral doctrine riddled with obvious contradictions.

But the Right Reverend Julian Cook, the Anglican Bishop of Hatfield, said: “It suggests that a man who doesn’t believe in the resurrection could help a neighbour or give money to charity. It just doesn’t make any sense.

“In one chapter we are told that an ordinary person could volunteer at a homeless shelter when there is no evidence whatsoever that this person believes Jesus turned water into wine or healed a leper with his special finger.”

Monsignor Stephen Malley, a leading Catholic theologian, added: “So this person just woke up one day and miraculously decided to do something for someone else?

“I’m sorry Professor Grayling, you may convince some people with this voodoo hocus pocus, but I will stick with the empirical logic of transubstantiation, thank you very much indeed.”

Tom Logan, a practicing non-believer from Finsbury Park, said: “Yesterday I gave twenty quid to the Japanese Red Cross and then wiped my backside with St Paul’s Third Letter to the Kardashians.

“I think that’s one of the ones where he encourages the ritual slaughter of homosexuals.