ITV has been bombarded by angry viewers demanding to know why they were not allowed to see Christine Aguilera’s holiest of holies.

So far more than 12 million people have phoned or emailed the broadcaster claiming they were unfairly teased by the dirty blonde minx.

Aguilera and her mouth-watering dance troupe performed a routine on Saturday’s X Factor final which many viewers insist did not go nearly far enough.

Jane Thompson, from Doncaster, said: “It was a skilled and imaginative piece of work by a group of young women at the peak of their physical powers and displaying a raw, but sensuous sexuality that reminded one of a young Isadora Duncan.

“All it was missing was a shufti at some red hot snatch.”

Emma Bradford, from Grantham, added: “My husband and I would have had much better sex later that night if ITV had been decent enough to let Miss Aguilera’s tiger out of its cage.

“I wasn’t worried about my children seeing it because we have not watched television in the same room since 2005.

“And even if they were in the same room I would have retained the option to use my brain and my voicebox to tell them to go upstairs while the people who actually pay the bills round here get to watch whatever we fucking want without some dribbling, bonk-eyed psychopath from the Daily Mail telling us we’re Satanists.”

Alison McKay, from Peterborough, said: “Do I think that watching Christina Aguilera gyrating on a chair is going to warp my child’s mind and tip them into a downward spiral of cheap sex, drug abuse and fortnightly abortions?

“No, of course I don’t, but then again I am a working mother so as far as the Mail is concerned I may as well be running a whorehouse.

“And I would just like to add that I am getting pretty fucking sick about being lectured on sexuality by a newspaper that seems to think rape is a myth.

“Now unless you have a video of Christina Aguilera naked on a bucking horse, I would invite you to get the fuck out my house.” 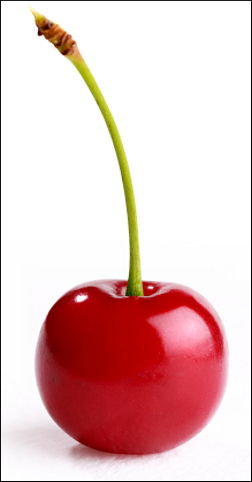 FRUIT picked by northern people would have to be washed at least three times, southern people said last night.

As a senior Conservative councillor was lambasted for suggesting northerners work for a living, everyone south of Birmingham said that was fine, but they would prefer it not to involve food.

Tom Logan, an architect from Stevenage, said: “I thought we had all agreed they would be used for picking up litter?”

“I suppose it could possibly work with apples, but they would have to be clearly labelled as ‘picked by northerners’.

Margaret Gerving, a retired headmistress from Guildford, added: “You do know that they spend all day with their hands up their own anuses.

“And they think that toilet paper is filled with invisible witches.”