Most Britons believe meerkats can talk

64% of Britons believe meerkats actually do speak English with a funny accent.

The majority of the UK population thinks that the Compare The Market adverts are made by pointing cameras at animals.

Father-of-two Roy Hobbs said: “I can’t believe they’re going to axe the meerkats. I mean, it’s not like they can be returned to the wild now because they’re used to celebrity lifestyles.

“They should go to a special zoo where they could have an enclosure with a library.”

HS2 to make London even bigger 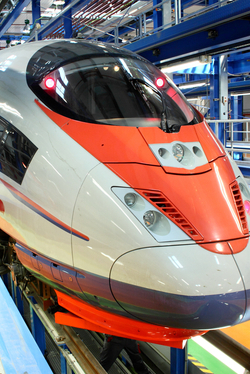 A HIGH speed rail line to the north will bring a much needed economic boost to central London, say experts.

Research showed that shorter journey times will make it easier for talented people in Birmingham, Manchester and Leeds to spend an increasing amount of time in the capital before finally moving there permanently.

Transport consultant Bill McKay said: “London must always be able to suck people out of the provinces as quickly and efficiently as possible.

“It’s wonderful to think that in a few years a young software engineer or fashion designer could be helping London become more successful and expensive in just under an hour.

He added: “The last thing this country needs is to spend valuable high speed rail money on making Birmingham, Manchester and Leeds better places in which to do things.

“And it would be madness to ensure that every household has fibre optic broadband so that when this country grinds to a fucking halt every three months we can all pretend to be working from home.

“As anyone who spends any time in London will agree, it needs more people everywhere, all the time.”

Meanwhile, the plans have been opposed by so-called ‘NIMBYS’ living near the route who claim that trains are enormous, metal things that make a huge amount of noise.

Reality consultant Martin Bishop said: “I understand their concerns but all I can say is that this is Britain and so it’s probably never going to happen anyway.”