THE Cure’s new album is aimed at people with big necks who are good at fighting.

The band has ditched its trademark ethereal goth-pop sound on Party Up Gangsta Style, which showcases a new ‘hard person’ direction influenced by the playlists of provincial nightclubs.

Cure frontman Robert Smith said: Banging dance tracks like Oi Oi Saveloy, Don’t Front and Bitchslap will alienate some of our old fans with their massive b-lines and numerous references to ‘fanny’.

He added: “Nowadays we’re all about partying, punching people and picking on the weak.”

“We’re doing a live PA in a barracks town tomorrow, at an immense corporate-style venue with cheap drinks and some Page 3 girls getting their tits signed. They’re got foam cannons.

And our Ibiza rave anthem High As Infinity is already being hammered by Calvin Harris so that’s probably the biggest artistic achievement of our career.

Goth Tom Logan said: I put the record on, stood in front of a mirror and punched myself. It made me hate myself, which I kind of liked I suppose.” 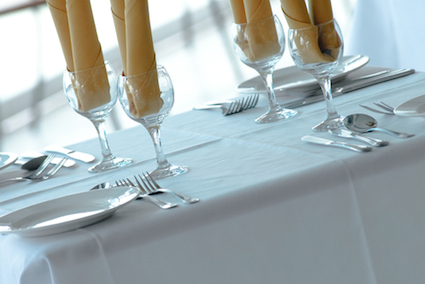 THE Michelin Guide to restaurants should at least touch on the subject of vomit, it has been claimed.

As Heston Blumenthal’s London restaurant caused a wave of sickness, users of the guide said that kind of information would be helpful, alongside the little stars.

Regular eater, Wayne Hayes, said: “I’m not saying anyone should lose their stars, because I’m sure a lot of the non-poisonous food is terrific.

“But they could at least have something to indicate vomiting. Perhaps the number of people who have been violently sick in the last year.

“For instance, the entries in the guide include ‘things to know’ such as ‘booking essential’. That would seem the obvious place to put it.

“Then I’ll know that this is world-class food, only some of which is incredibly dangerous.”