New X-Files investigates its own cancellation

THE new series of The X-Files begins by investigating the mysterious reason the show was taken off air in 2002, it has emerged.

The opening episode sees Mulder and Scully investigating the terrible decline in quality of season nine to discover it was sabotage by CIA Black Ops agents following instructions beamed from the Andromeda constellation.

Producer Susan Traherne said: “Mulder finds an abandoned shooting script for 2008’s I Want To Believe movie with notes in ancient Atlantean completely muddling the plot and destroying all characterisation.

“From there, he and Scully travel to the Dyatlov Pass in the Ural mountains, where they discover advanced mind-control equipment which hypnotised the entire world into turning over and watching CSI: Miami instead.

“They destroy it, after a fight with a Yeti or something, and everyone remembers they love The X-Files and it once again becomes the world’s most popular show.

“For the remaining five episodes, and because a lot of viewers complained that the show never delivered on its title, they battle the Xylophone Xenomorph, the X-Ray Xoloitzcuintli and Xombies.” 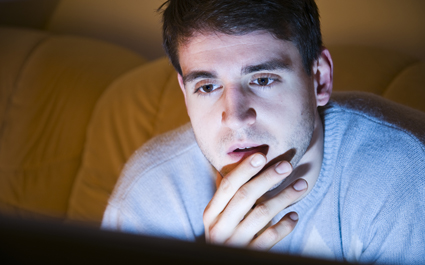 A MAN is worried that he cannot differentiate between incredible acting performances and ones that are quite poor.

27-year-old Tom Logan frequently feels intimidated when his friends confidently praise an actor’s performance because he is not sure which specific things about it were good.

Logan said: “I get that some actors are better than others, because people like Meryl Streep look really into it, whereas on EastEnders they just say the words while they’re pointing in the right direction.

“But I don’t understand why some actors’ performances are amazing and some are apparently average, when most of them are okay at pretending to cry or be angry. Some of them twitch their eye when their character is being devious, that’s a good trick.

“The most confusing one is Sylvester Stallone, because everyone used to take the piss out of him for being awful but now he’s getting loads of awards. It’s almost as if there’s a certain amount of bullshit in the entertainment industry.”

He said: “I think the problem is that all my friends have a deep understanding of acting. There’s no way they’d just repeat things they’ve read in The Guardian to sound knowledgeable about films.”