CRIMINALS aged over 30 will be sentenced to attend this year’s V Festival, it has been confirmed.

In a move to reduce prison overcrowding, anyone in their thirties or older who is found guilty of a minor crime will be sentenced to attend the pop festival and watch every act on the main stage.

A government spokesman said: “They will be expected to watch all of Justin Bieber’s set, then stay in the same spot so as to be front row for Rihanna the following day. During Rita Ora’s set they must dance and be into it.

“Offenders will also be expected the sing every word to I Predict a Riot by Kaiser Chiefs before helping the children around them find the phones they lost in the mosh pit.

“Additionally, they must ‘talk down’ overwrought and upset teenagers who ‘just want to be at home watching Glee‘.”

Criminals attending the festival will also be granted one toilet break which will be during Faithless’s set.

34-year-old criminal Tom Logan said: “All I did was steal a few cars, isn’t there some sort of massive fine I could pay instead?”

Man sponsored to do thing he would have done anyway 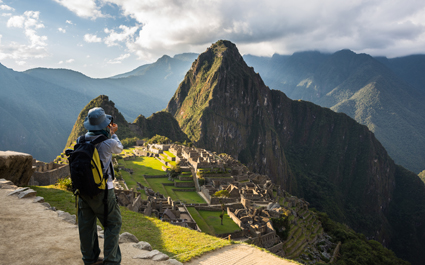 A MAN has raised sponsorship money to basically go on holiday, it has emerged.

Cook said: “I’m passionate about my chosen charity, although I haven’t decided what it is yet. After flights, hotels, snacks and so forth have been paid for there should be at least a tenner left for them.

“So I suppose the main charity is me, which is a cause close to my heart.

“I should stress that I’m not just going to walk around though, this is a ‘trek’. It’ll be quite knackering I expect, that’s why I’ve booked a hotel with a spa.”

He added: “It’s great to be helping out but I’m no hero – I’m just a guy who likes exotic travel and sightseeing in a pleasant climate.”

Cook follows in the footsteps of his older sister Kelly, who raised £2,800 in 2014 to do a skydive, something she had wanted to do for two years and would otherwise have had to pay for out of her own pocket.