BBC Four to become a weekly talk in a library

BBC FOUR is to become a series of talks with slides in a local library, it has been confirmed.

Following BBC Three’s move online, BBC Four is also leaving digital TV for a medium that is more relevant to its audience. From next week it will only be available as a series of one-hour talks held at 6.30pm on Tuesdays in Whitechapel Library.

A BBC Four spokesman said: “Our audience is old, moody and doesn’t really like television or the internet. Rather than watching a documentary about a blind French jazz musician, they’d like that information in the form of an overly long talk in a library delivered by a bearded man with dandruff. And with cake at the end.”

61-year-old Norman Steele said: “One thing that always frustrated me about about BBC Four was that after watching a documentary about canal boats, one could not ask questions at the end.

“Particularly the kind of questions that involve picking holes in the so-called ‘experts’ in a slightly sarcastic manner.”

The channel will still be showing dark European crime dramas, if the library’s DVD section has them in stock. 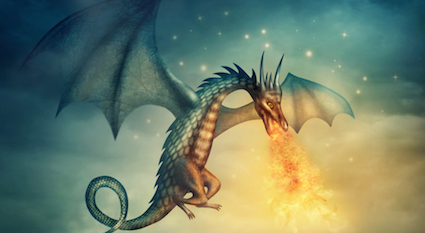 IAIN Duncan Smith has warned that Britain faces risk from winged, fiery death by remaining in the EU.

Clad in a suit of armour, he revealed that dragons have emerged from their Syrian caves and only severing political ties with the EU will save Britain’s maidens.

“It isn’t scaremongering to say it could happen here, too.

“The cosy, multicultural utopia painted by Puff the Magic Dragon is a liberal myth. It’s not racist to say that they should go back to frolicking in the autumn mist in their own countries.”

He added: “Also, there would be a catastrophic impact on the welfare budget if half the country is incapacitated with dragon bites.”