Page 3 to end as Britain runs out of breasts

THE SUN is to end its topless Page 3 feature because the UK’s supply of tits has been exhausted.

Page 3 has been in the newspaper since November 1970 but the shortage has been obvious in recent months, with only one breast appearing most days in order to drag it out.

Sun editor David Dinsmore said: “Back then we thought breasts were limitless.

“But the boob war of the 1980s between the Star and the Sunday Sport meant we were using up the country’s knockers at an unsustainable rate.

“We’re alright for arse at the moment, but we do need to learn the boob lesson and treat the female buttock as a precious, finite resource.”

He added: “From now on, the only way to see breasts will be in the history books.” 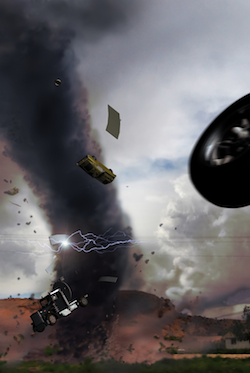 RBS said it will definitely move to London after independence, but admitted that must be really scary for Alex Salmond.

The Royal Bank of Scotland confirmed it will no longer be based in Scotland if Scotland becomes the sort of country that should really have a royal bank.

A spokesman said: “Were 81% owned by the UK government so its not like were going to move to Hawaii.

“So, London it is. We are definitely going.”

But SNP leader Alex Salmond said: “No youre not.”

The spokesman added: “Yes we are. Weve just said so.”

The spokesman said: “Were not actually trying to scare people, were running a business. But if people are scared, its probably because its a bit scary.

Salmond then accused the spokesman of working for MI6 before producing an ‘incriminating dossier’ consisting of random cuttings from local newspapers.

The RBS spokesman said: “Is everything okay?”