RIDLEY Scotts sci-fi epic Prometheus is the greatest film ever made, leading pothead reviewers have claimed.

Following special stoner preview screenings, the people-in-space-suits-running-away-from-3D-things film has rocketed straight to the number one slot in respected dopehead critics’ best-of lists, ahead even of ‘anything by Pixar’ and ‘anything with Ironman in it’.

Stephen Malley, who writes rambling pothead films reviews for The Guardian and Sight & Sound, said: Theres a massive circle thing that was in the first one, thats like God or something, only its full of aliens.

“Only theyre us, probably. Makes you think, right?

“I really like it when films make you think, because then your brain and your eyes are working at the same time.

“There a lot of bits where you’re literally like shit…fuck.

“About half way through there’s a wide shot of an alien landscape and this man in the cinema said ‘awesome’ out loud, it was funny. Then I realised it was me. Hahahaha.

Tom Logan, author of Cinema’s Weed Auteurs: Through a Bong Darkly said: I can honestly say I have not enjoyed a film as much since the 19th time I saw Wonders of the Grand Canyon 3D at the Science Museum.” 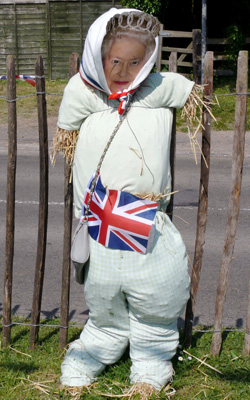 WOO, the Queen yay woo, according to lots of people.

The people are very happy. The Queen has been better than them for 60 years, because she has a massive house and a special hat.

When asked what he liked about the Queen, crowd member Tom Logan said: “Yay woo yay, the Queen, yay.

Meanwhile, as preparations are made for things involving soldiers and flags, geriatric men who rarely see daylight have been repeating phrases.

Another old man on television, Sir Roy Hobbs, said: “Who could ever be cynical in this time of woo yay.”

Mother-of-two Emma Bradford was less enthusiastic. She said: “It’s hard to say exactly how good she is because there’s no other Queens of England currently working that we can compare her to.

“I mean, I might have made an even better queen. It’s something I mentioned to the careers advisor at school but he just made a face and gave me a leaflet about jobs in data entry.

“Still, I don’t want to be difficult so…woo yay, the Queen.