Rowling To Write Eighth Harry Potter Book After All

JK ROWLING has revealed she is to write an eighth Harry Potter book after all, although the best selling author says she is through with “all that fantasy pish”.

Rowling is to ditch the wizardry and public school backdrop and instead place her hero in a modern urban setting living in an ex-council flat on the outskirts of London’s Notting Hill while working as a teaching assistant in a nearby comprehensive school.

Harry Potter and the Unbearable Lightness of Being will detail her young hero’s attempts to make sense of his existence as he meanders through a series of meaningless relationships and joyless sexual encounters.

Writing on her website Rowling said she was turning her back on the fantasy genre as she had made loads of money and could now do “what the fuck she wanted”.

She said: “I knocked the first Potter book out because I was bored and when someone at the publishers asked me at a party how many more I had in me I just said seven as a joke. I didn’t think they would actually want them.”

Rowland said the new book would be chock full of “gritty realism” with Harry Potter depicted dabbling with drugs and only pulling back from the brink after witnessing Hermoine Granger’s descent from coke snorting PR girl about town to tragic crack whore.

Rowland said she was inspired to abandon fantasy and go the literary route after reading fellow Scots author AL Kennedy.

She said: “Reading Alison’s stuff I quickly realised it would be far easier to ditch the blockbusters and just write a few short books that no one actually read.

“My books are great big things with hundreds of pages and can take over a month to write. I could knock out two of those little Kennedy ones in a weekend, easy.” 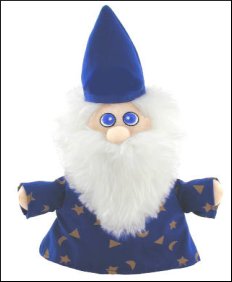 POLICE in Jamaica have closed their 26-year investigation into the death of Bob Marley and admitted the reggae superstar was not murdered by wizards.

Detectives had pursued a series of clues which they believed would lead to an international cartel of wicked sorcerers.

But after a quarter century of intrigue and conspiracy they were forced to conclude yesterday that Marley died of complications caused by a malignant melanoma.

"To be fair, the original autopsy reports showed that Marley had been turned into a newt two weeks before he died," said Jamaican police commissioner Lucius Thomas.

"There were also signs of dragon-based injuries and traces of evil wizard potion in his bloodstream which forced us to conclude that sorcery was afoot."

Wayne Hayes, publisher of themagicmelanoma.com, said: "I've lost count of the number of witnesses who were supposed to have died in car crashes, despite the fact they were covered in dragon bites."

Wizards in Jamaica, Barbados and the Dominican Republic have been under a cloud since the investigation began.

Gondar the Destroyer, spokesman for the International Board of Wizardy, said: "The last 26 years have seen an unprecedented level of prejudice directed at practitioners of the dark methods. I suppose you could call it a witch-hunt."