EVERYONE thinks they’ve found ‘the one’ until assembling a Billy bookcase leaves you hating each other. Here’s why even fiction’s most infatuated lovers would split up over flatpack furniture.

The bickering between Harry and Sally was charming when it was about movies or pie. But that’s low stakes stuff. Make it an attempt to decode an IKEA manual, with him irritably telling her she’s doing it wrong, and it’s When Sally Told Harry To F**k Off And Got Back With Her Old Boyfriend.

Melodramatic hotheads are not cut out for assembling flatpack furniture. While many of us feel like committing suicide when bickering over the difference between the tiny and even tinier screws, these two might actually do it.

Superman does have the advantage being able to fly away when Lois discovers the cupboard doors have been put on inside out. Or maybe reverse time to before anyone thought the nation would be gagging to assemble a ‘modular storage system’ themselves.

The flatpack pieces wouldn’t even be out of the box before Heathcliff and Cathy were running around on the moors and threatening to die from consumption. And getting a delivery to rural Yorkshire would cost a fortune, Amazon Prime membership or not. In a volatile relationship like theirs, a misplaced Allen key would be the last straw.

These two impractical idiots shouldn’t be let near flatpacks when they couldn’t even work out that the door wasn’t big enough for both of them. Their shelves wouldn’t be level and Rose would be constantly bringing it up for the next 84 years. So really it’s lucky for Jack that he froze to death.

Even when he’s plumbing, Mario can only finish a job if he gets to kill sentient mushrooms and jump on turtles. Not to mention that Princess Peach would only turn up right at the end for a patronising, cursory celebration.

Invading the Falklands instead would be great for us, Truss tells Russia 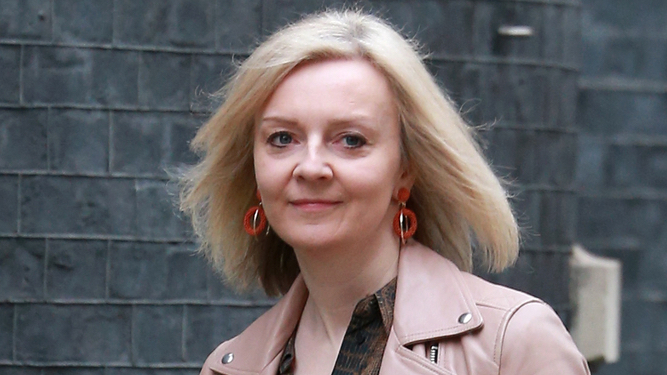 THE foreign secretary has asked her Russian counterpart if he fancies invading the Falkland Islands instead as it would really help her and the Tory party.

Liz Truss offered an initially successful invasion of the Falklands, followed by a historic British victory boosting the government’s popularity and ensuring her election victory, like Mrs Thatcher.

She said: “I’m planning to become party leader in June so wait till then and steam in there. I’ll tip off our lads so you’ll meet minimal resistance.

“Then I’ll deliver pre-written patriotic speeches, rally the nation, order in a taskforce, thrash the vast Russian army, and call a snap election. Then we’ll begin a new era of ‘Trussism’. I’ve even thought of a nickname for myself, ‘The Gorgeous Metal Lady’.

“Like Thatcher I’ll reshape the UK in my own brilliant image which is what everyone wants even if they don’t know it. And it’s great for Russia because you don’t lose against someone proper like the US or EU.

“You get your war, we get to win a war. There is literally no downside to this. Except a war.”

She added: “Why would you want the Falkland Islands anyway? That’s actually a pretty good question. How about I throw in some sheep? I expect you don’t have those in Russia.”