AFTER two years of following it devotedly, England has decided to go its separate way from science, it has announced.

The imminent lifting of Covid restrictions signals the end of England’s relationship with science, which the country had mostly followed while it was good for public health and until it was bad for the economy.

Martin Bishop of Tewkesbury said: “We had a good run but these sorts of relationships don’t last forever. It’s like dating someone way hotter than you, you know it’s doomed but you enjoy it while you can.

“By March the country will have completely forgotten about science. Objects will start falling upwards, water will boil at different temperatures, and we’ll probably have a fling with debunked theories like phrenology.

“So what if hundreds of people are still getting struck down every day? It’s time we put science behind us in order to make England look like the best country in the world and give Johnson a much needed boost in the polls.

“Sure, I’d prefer to work from home until it’s safer. But if our fling with science is over, I accept that. It’ll be fine. The chicken entrails said so.

“Of course when a new strain emerges in winter we’ll be begging science to take us back. But it will have moved on by then and settled down with a sensible country like New Zealand.”

Your parents' weird childhood rules that undoubtedly f**ked you up 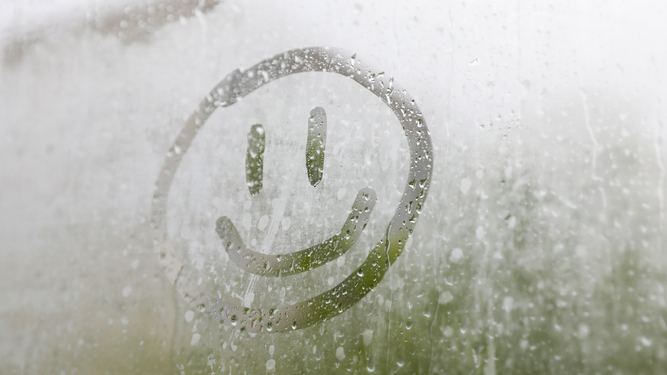 YOUR parents had some strange rules that made no sense whatsoever. Here are the ones that probably turned you into the neurotic psychological mess you are today.

Do not draw on a misted-up window

A smiley face drawn in condensation would apparently be impossible to get rid of, as if etched on with a laser. In fact a quick wipe completely removed any smear, mum, you f**king loony.

At the shoeshop new shoes went back in the box, ready for the momentous occasion of wearing very ordinary shoes to school. Even today you can’t bring yourself to immediately wear new trainers due to unspecified terrible consequences, possibly being ostracised by decent society.

You’re not allowed to watch ITV

Your parents thought ITV was ‘common’ or dangerously anarchic. It’s unlikely Minder or Tiswas turned anyone into a fag-smoking labourer or a member of the Baader-Meinhof gang.

Your dad was master of the TV and could switch over without asking, needlessly cutting off the last five minutes of something you were watching. If nothing appealed, he’d just switch off.

Tizer is a massive treat

A bottle of Tizer or similar was bought with great ceremony to accompany another incredible treat like, er, fish and chips. Jesus, talk about keeping your life expectations low.

Under no circumstances buy a charity raffle ticket

Your parents went into a panic if local hospice volunteers came round door-to-door selling 50p raffle tickets once in a blue moon. ‘WE’RE NOT HAVING ONE! THEY’LL BE ROUND ALL THE TIME!’ they’d rant, as if a lifetime of fighting off evil intruders awaited.

Your parents were common as muck, but another family was permanently condemned as being ‘rough’. Their crime? ‘The mother’ once said ‘bloody’.

Shoe polish must be allowed to soak in

Kiwi polish must be applied the night before or… you might die? What was it about shoes? Your parents seemed to think it was the 18th century when shoes were genuinely valuable possessions, despite owning a pricey Sony Trinitron and a Ford Sierra.

You will eat their mothers’ recipes

Their parents may have grown up without much money, or just had earlier British generations’ unadventurous taste for stodge. Result: you got to eat some real crap. More bitter, overcooked, rubbery liver with my Smash, please mum!