FROM Bohemian Rhapsody to Stairway to Heaven, the world of classic rock is littered with self-indulgent, pompous crap. Here are some examples.

‘There’s a lady who’s sure all that glitters is gold/ And she’s buying a stairway to heaven’ – two lines in and it’s already mumbo jumbo. And of course there’s the obligatory self-indulgent guitar solo. It was 1971 and there were a lot of drugs kicking around, but that’s still no excuse for the Zep’s mystical fairy bollocks.

Pseudo-operatic twaddle you’ll lose nearly six minutes of your life to, which at least gives you time to try – and fail – to work out what the f**k they’re on about. Spawned a godawful Queen film in 2018. And without this early hit, we may never been blessed with later masterpieces like Fat Bottomed Girls and One Vision.

Features possibly the most famously overblown guitar solo in history, drawling vocals and repetitive lyrics. We got the message ‘This bird you cannot change’ the first time round, thanks. Belongs right at the top of rock’s steaming pile of historical pomposity.

Anything even remotely related to country music needs strangling at birth, and this tedious, incomprehensible dirge is no exception. No one has ever had a clue what it’s about, especially the line about the ‘warm smell of fajitas’ or something. Although if it’s the Eagles, you can safely assume it’s drugs.

Metallica: Nothing Else Matters

Heavy metal and heartstring-tugging introspective ballads are as advisable a mix as Prince Andrew and your teenage daughter’s birthday party. Lyrics about being honest with your inner self and expressing your deepest feelings barked out with a voice like Brian Blessed with laryngitis is a combination best avoided.

Not a terrible tune, it’s the ridiculous video which is the dealbreaker here. Axl Rose marrying a sexily-dressed, generic ‘hot babe’ model in church is laughable enough, but Slash belting out a squealy guitar solo in the middle of a prairie is extra-mature heavy metal cheese. Somebody should have pointed out the need for an amp for authenticity, but it was probably already beyond salvation.

Your guide to Britain's f**king weird relationship with animals 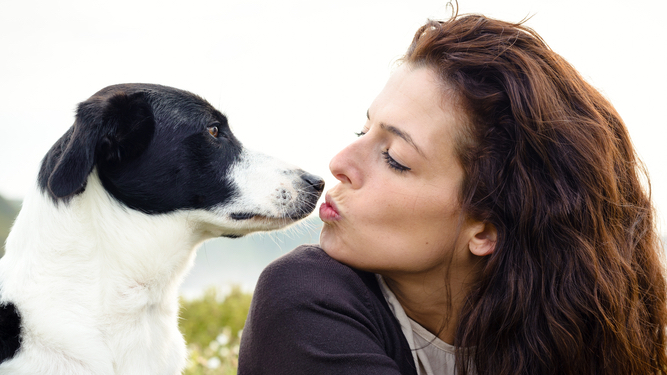 BORIS Johnson is in the shit over the Kabul dog airlift, but the whole thing is symptomatic of Britain’s confused view of animals. Here are some of the strange things we do.

Dividing them into good and bad animals

A fluffy kitten and a big black rat both operate on instinct. They’re not moral agents. It’s particularly unfair on ones like hyenas, scorpions and sharks. It’s only a quirk of evolution that your family-friendly labrador prefers playing with a sock to biting your leg off.

Saying we love animals then eating them in huge quantities

We love animals, but also imprison them, put a bolt through their brains and dismember them for lamb chops. A staggering 2.2 million chickens are eaten every day in the UK, probably because they look like mean bastards. Although to be honest, if you got in a pub fight with a chicken it’d probably kick you in the head while you were unconscious.

Nothing illustrates this better than the acceptability of airlifting doggies out of Kabul while humans are in danger. And your gran would be a lot less racist about refugees in the Channel if the dinghies were full of floppy-eared King Charles spaniels.

Crediting them with too much intelligence

Deluded pet owners say things like, ‘He understands everything, you know.’ No. He does not speak English. If your Yorkshire terrier shows signs of literacy – maybe he writes a witty Jay Rayner-style review of his last tin of Pedigree Chum – call the world’s top zoologists. The yappy little shit is a scientific phenomenon that will earn you millions.

Crediting them with supernatural powers

Another popular delusion is that pets can tell when someone has died or is seriously ill. Obviously you might think this IF YOU COUNT F**KING ANYTHING AS EVIDENCE. eg. ‘Mr Posh Paws just knew Auntie Susan had gone into hospital. He licked his anus in a sad way.’

Wild animals get squished by cars or hunted for fun. As if to assuage our guilt, their fictional counterparts really live it up. Mr Toad gets to indulge his love of antique cars and Fantastic Mr Fox has an underground house Millennials can only dream of owning. Being hunted with dogs or blasted with a shotgun would be worth it to get on the property ladder.

Being strangely brutal about their deaths

Despite our professed love for animals, we’re brutally matter-of-fact about their deaths. Luckily for your kids, they don’t get put down if you’re sick of shelling out for pricey Calpol. Nor do we say: ‘Gran’s in a better place now. Right, time to flush her down the toilet.’ Although with the rising cost of old-age care, that could change.