JEAN-CLAUDE Van Dammes claims of an affair with Kylie Minogue on the set of Street Fighter have sullied the classic film, according to fans.

Heartbroken cinema buffs said the alleged affair had ruined the film, which has long been regarded as one of the greatest mid-budget action movies based on a Nintendo video game.

Movie fan Tom Logan said: The magic is gone. Its like finding out Mark Hamill and Harrison Ford were doing watersports every day on the set of Star Wars.

Last night I tried watching the scene where Colonel Guile and Cammy attack Bisons secret fortress in an armoured speedboat to stop him building an army of mutant super soldiers, but it just wasnt the same.

“At this point it’s too early to tell whether it’s similarly affected my feelings towards Timecop and Universal Soldier.”

On its release in 1994, Street Fighter was describe by The Washington Post as “martial arts action. The film, which features the famous line ‘Who wants to go home, and who wants to go with me?’, currently has a rating of 13% on Rotten Tomatoes, just 87% less than Citizen Kane.

When Van Damme emerges from the wreckage of the cyborg laboratory after killing Bison with a roundhouse kick and Minogue realises hes not dead, its like Burton and Taylor in Cleopatra all over again.

A statement issued by Van Dammes agent described the actor as ‘ashamed beyond words’.

Parents praying their kids haven't succeeded at A Levels 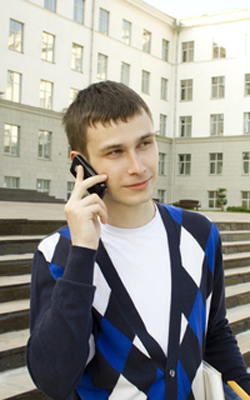 AS A-Level results are released, Britain’s parents are hoping their children didn’t screw up their retirement plans by getting into university.

With many universities charging £9,000 tuition fees, most parents believe it would be a total nightmare if their children enter higher education.

Father-of-two Tom Logan said: “Hopefully the pressure really got to him. Because I want an Audi.

“My son is academically gifted, he wants to go to Oxford. Oxford, for fuck’s sake. I’d have to buy him a top hat, logs for the fireplace in his rooms, a rowing boat…

“The selfish little devil doesn’t seem to realise I’m nearly 50 and was hoping to move somewhere hot before I get so old my limbs fall off.”

Emma Bradford, from Norwich, said: “I tried to sabotage my daughter’s revision by bringing her pre-rolled joints and milky drinks laced with sedatives.

“And I explained to her that for every exam question she answers correctly, that’s an extra year I have to work.

“She’s hoping to study biology, yet still doesn’t understand that going to university would make her like one of those insect larvae that hatches and eats its parent alive.”

Engineer Stephen Malley said: “If my son gets the grades he needs for Durham, I’ll congratulate him with a big hug – he won’t know the real reason I’m crying – then sidle off to call the dean and tell him he compulsively smears walls with his own faeces.”