NEW film Suffragette, about women’s struggle for the vote, is set for box office glory after inventing a male hero who led the movement to victory.

Ben Pankhurst, played by Chris Hemsworth, is an American soldier who after seeing his British fiancée die from not having the vote wins the battle for women’s suffrage in a series of moving speeches and fast-paced action sequences.

Screenwriter Susan Traherne said: “In early drafts, producers complained that we didn’t have a focal character for audiences to identify with.

“Ben is an amalgam of lots of different historical figures pulled together into one shirtless man who soon has the women of Britain slavishly following him in their fight to be enfranchised.

“There’s a wonderful  scene where he leaps astride the King’s runaway horse at the Derby, saving his beautiful sisters from being trampled and winning the race while unfurling a VOTES FOR WOMEN banner.”

Nathan Muir of Southampton said: “I wasn’t interested, then I saw this clip when he pulls out a force-feeding tube and stuffs it in his jailer’s mouth before a daring prison escape by parachute.

We feel just awful for you, England tells Scotland 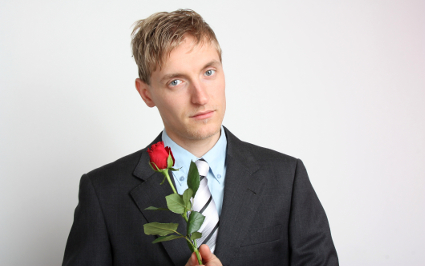 ENGLAND has confessed to feeling just torn apart by Scotland’s failure to qualify for Euro 2016.

The country has sent its unfortunate Northern neighbour a rose and a tin of Quality Street in commiseration.

England said: “Such a shame, especially when Ireland, Wales, and even Northern Ireland will all be there and you’re going to miss out.

“And after that referendum last year, and electing all those nationalist MPs and it not making a blind bit of difference, it’s just blow after blow isn’t it?

“Honestly, I’d come up and say these words in person but I don’t think I could look you in the eye right now.

“Listen, don’t drown all your disappointment in alcohol, will you? You know how you get.”

Scotland has so far refused to answer, and is staring hard at the floor while clenching its fists.