Television connoisseurs to savour Breaking Bad like a fine wine

THOSE who watch only the finest television are eagerly anticipating new Breaking Bad episodes.

The crime series is beloved of a new breed of television connoisseur who views only the most exquisite American drama.

Office manager Tom Logan said: “I am one of an elite group of telephiles for whom only series that are maybe ‘the best of all time’ are good enough.

“While viewing Breaking Bad I shall snack upon some highly refined potato crisps – cheese and chive flavour.

“I’ll stoop to The Walking Dead but anything below that in terms of quality will make me physically sick.

“Most television simply does not cater to people like me. Indeed the airwaves are awash with shows like Hollyoaks that denigrate the televisual medium.

He added: “I have very discerning eyeballs and a special satin ‘viewing jacket’.”

“Sometimes my friends and I like to watch Holby City in an ironic way. It is terribly formulaic.

“I consider medical dramas to be ‘telly’, which is quite different to ‘serious television’.”

Shitloads of pandas everywhere by 2084 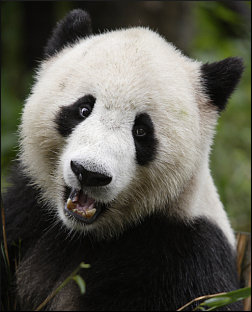 GIANT pandas will become a common pest in the UK as they breed uncontrollably, it has emerged.

Following the announcement of Edinburgh panda Tian Tian’s suspected pregnancy, experts have warned that giant pandas will soon be considered an invasive species.

Professor Henry Brubaker of the Institute for Studies said: “Zoo people are idiots.

“They’ve brought this once-shy creature over here and conditioned it into becoming a sex machine.

“Now those pandas are constantly nailing each other. This baby is the tip of the panda iceberg, they’re going to be firing these things out.”

Professor Brubaker predicts that Scotland will run out of panda space by 2026, shortly after which ‘escaped’ pandas will start getting at your bins.

He said: “They will be going through your rubbish making a dreadful commotion, you’ll wake up in the night and see a panda’s fat arse as it runs off with the remains of a chicken jalfrezi, leaving a trail of litter in its wake.

“Leave your garage door for five minutes and a panda will get in there and go to sleep.

“If you try poking it with a stick it’ll snap your arm off like it was a stick of bamboo, then curl up and start snoring again.

“And you should see the shits they do. In fact you will see them, all over your lawn every morning.”